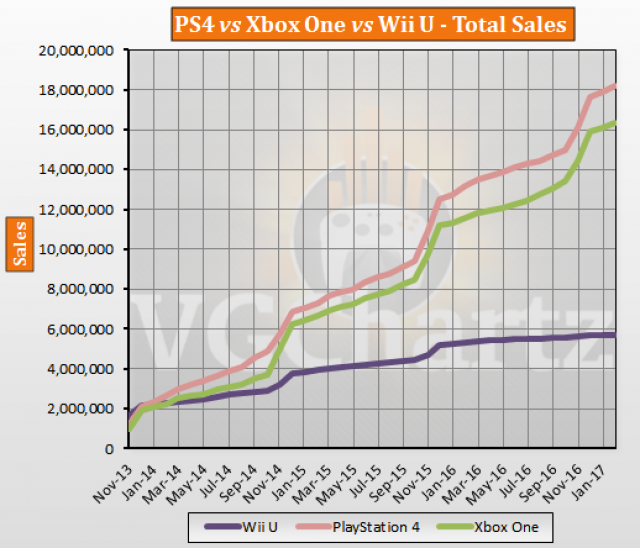 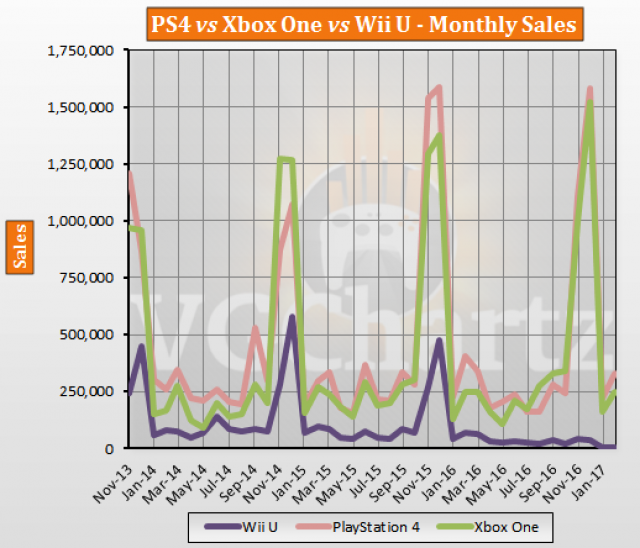 When you compare monthly sales to a year ago all three platforms are down. The PlayStation 4 is down 74,780 units, the Xbox One is down 409 units and the Wii U is down 62,722 units.

Looking at market share for the month, the PlayStation 4 managed to achieve 56 percent. The Xbox One accounted for 43 percent of the consoles sold, and the Wii U just two percent.

So the wii U never beat the ps4/xb1 once.

Well, before they launched, I guess...

Not in the US, but globally the Wii U was a few weeks above XOne during the release of Mario Kart 8 in 2014.

For the PS4 are so many awesome games. I think the ps4 sales will increase very strongly in the next weeks.