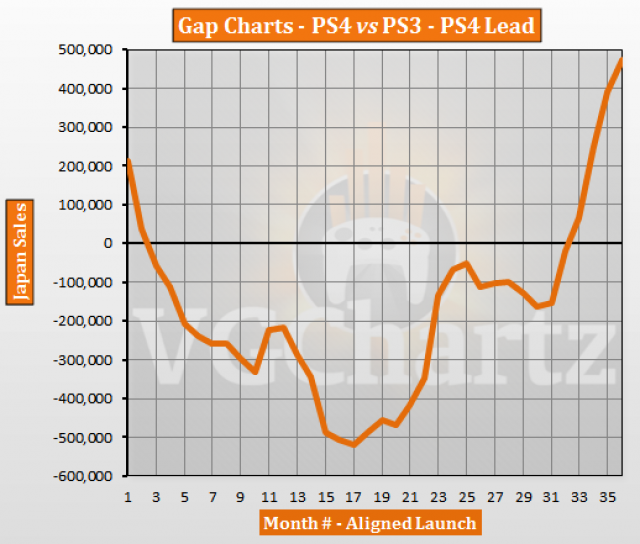 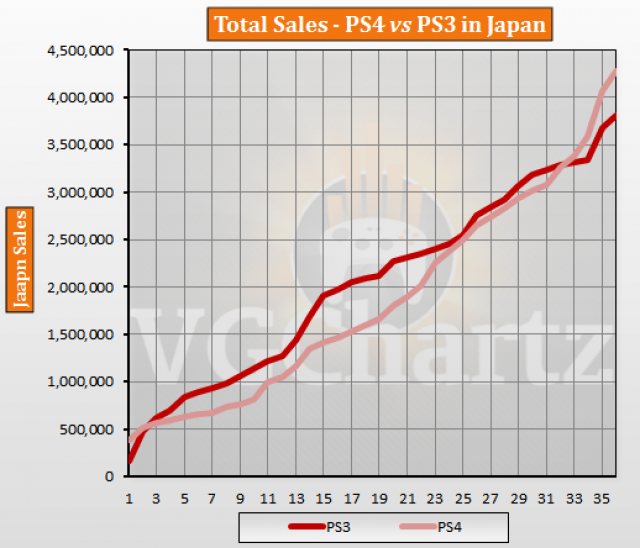 Now this is an interesting chart. A home console company could go up gen to gen in JAPAN where home consoles have been dying. Hopefully PS4 keeps going strong there. Interesting that it started out slower as well before accelerating past PS3