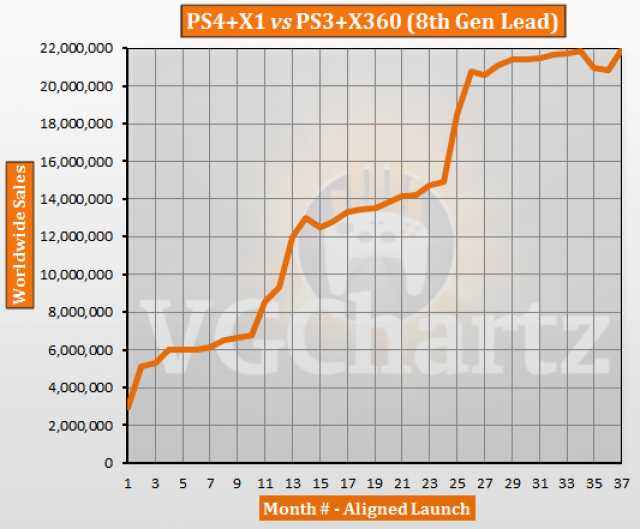 Theres alot of variables, in particular the Wii and Wii U that aren't taken into account here. I can't say this is anything more than an entertaining comparison, but nothing major can be drawn from the incomplete picture of the market it shows.

Does this mean we won't see anymore PS4 vs 8thGen posts?

There are some, but most aren't worldwide. For example - PS4 vs Xbox One in the US.

Comparing it to the PS3 and 360 is ludicrous. Both were just now recovering from their horrible defects. PS3 with it's price tag no one liked and 360 with the Red Ring of Death.

Basically what you've shown is that PS4 has about the same sales numbers as PS3 did when it finally started recovering. PS4, equal to a recovering second place console....