With WiiU running out the clock and a host of high-profile games on PC, PS4, and XOne delayed to 2017, 2016 was a relatively lackluster year. There were a few bright spots, though. id Software brought back old-school shooting with Doom, Planet Coaster made construction simulation accessible and fun, and buoyed by the popularity of Pokémon Go on mobile devices, Pokémon Sun/Moon broke sales records. Meanwhile, Sony launched Uncharted 4 and the long-awaited The Last Guardian to positive press, and Blizzard breathed new life into the FPS genre with Overwatch. But only one of these titles wins our award for Overall Game of the Year 2016. 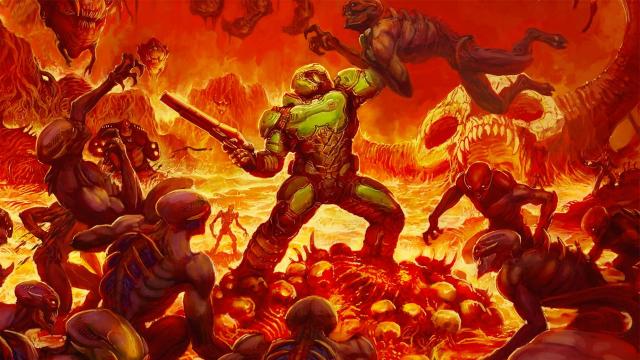 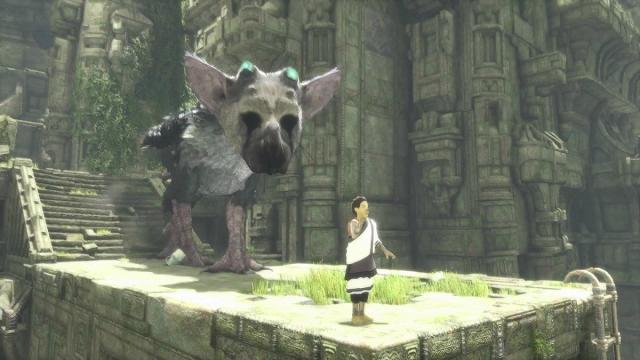 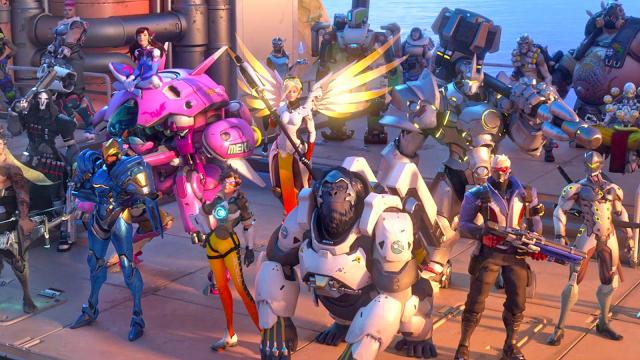 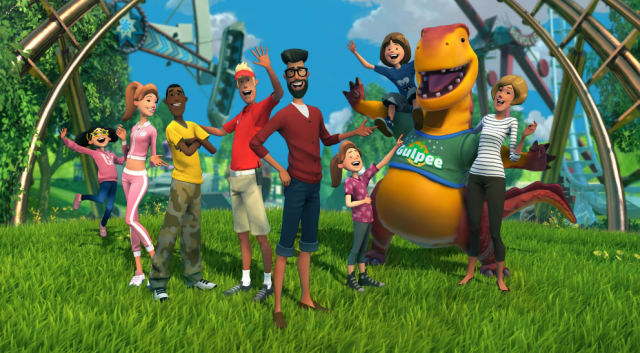 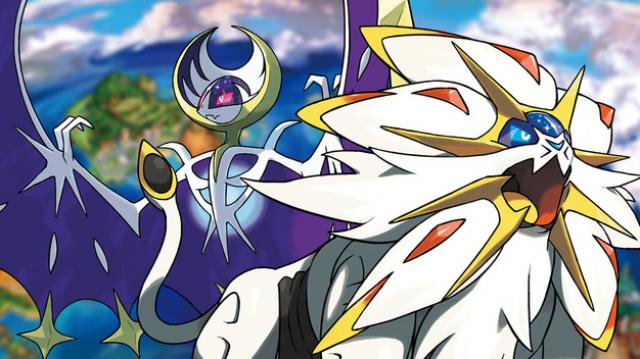 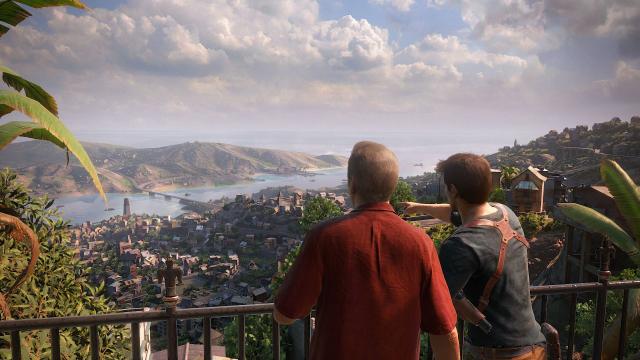 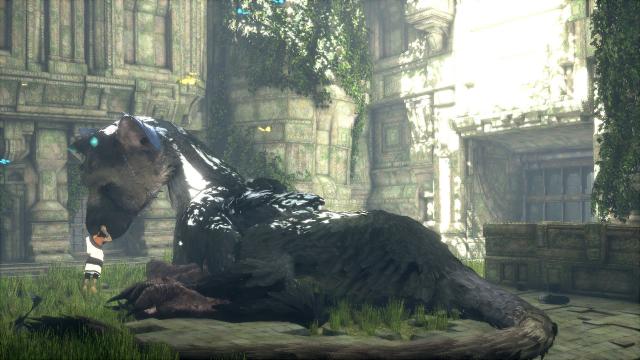 After a decade-long wait, the spiritual successor to Ico and Shadow of the Colossus, The Last Guardian, finally arrived on PS4 in 2016. With a deep focus on exploration, death-defying platforming, and puzzle-solving, The Last Guardian is challenging, immersive, and often vertigo-inducing. In order to traverse crumbling ruins, the game's young hero must work in tandem with Trico, a griffin-like creature, to access secret areas and defeat enchanted statues. Director Fumito Ueda scored a third masterpiece with The Last Guardian, our 2016 Game of the Year runner-up. 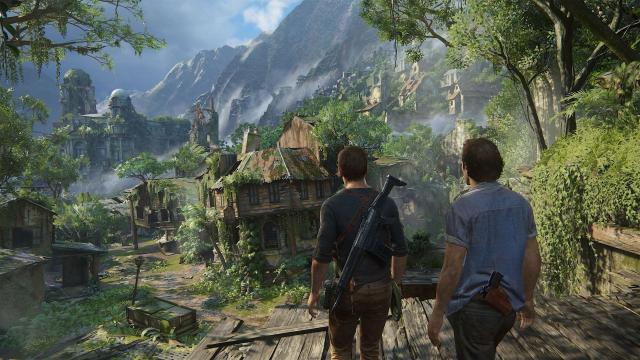 A bittersweet farewell for one of the more interesting game protagonists of the last decade, Uncharted 4 sends Nathan Drake and his crew out in style. Developer Naughty Dog opened a window into Nate's past life and even shined a light on his future legacy.

In Uncharted 4, once again Nate Drake and his team of professional treasure trackers trot around the globe fighting off hired goons and seeking fame and fortune. While the cinematic cut scenes are beautifully shot and perfectly acted, it's the firefights that make the game truly great. Naughty Dog outdid itself for Uncharted 4, infusing some of the stealth elements of The Last of Us into Uncharted's cover-based gun fights. The result is a game gorgeous to watch and joyful to play, and a feather in the cap of 2016.

Planet coaster earns a nomination? Is it that good of a game?

It's basically the Minecraft of park sim games. It allows you to create so much, than simply just throwing down buildings.

Uncharted 4 has earned it. A game for gamers. Great Story / Gameplay / Characters / Atmosphere / Graphic & Details / Soundtracks. Now I'm ready for the next masterpiece, "The Last of Us 2". And "Persona 5" of course! :)

Perfect winner and an even better runner-up.

Deserved, even though i love The Last guardian and it's my favourite game of the year, it's just plagued with issues. Uncharted 4 on the other hand is just the complete package, true deserving goty.

Playstation is doing very well according to this list since this is their fourth exclusive entering the list. It's somewhat amazing the last of us didn't make it.

Honestly I don't think The Last Guardian deserved runner-up based off of technical issues alone.

But Uncharted 4 is great and deserving.

"Shined a light on his future legacy" I like the that, and I also really want that to happen.

Great choice if you ask me :-)

So platform awards are done? I feel like this year since user votes were calculated most of the winners were the safe/ consensus/ obvious picks. There was more drama and surprises with the staff picks (even though i disagreed with them often).

Should have been XCOM2 or Dark Souls 3.

Damn straight, PS4 is the place to play.

My personal game of the year as well. Surprised Ovewatch didn't win tbh

Uncharted 4 was a good game, but my pick for this year would be either Pokémon or The Last Guardian. <3

Truly the game of the year. Truly deserved.

Should have been Doom

Out of the nominations listed I'd of picked DOOM but as with most the winners of the awards this year I've been completely out of touch with the majority, Disappointing winners all round this year for me.

Second time I see you stalking me and still holding that heavy grudge =P.

Good to know. I'm here on Fridays as well.

I love how you two go out of your way to go against your non favorite stand up comedian.

SKyrim cameout in 2011?? So Nintendo fans are praising a 6 year old game coming out on their brand new system? That's a little cringe-worthy

Not different from praising remasters really, and that happens a lot on other consoles.

Little fact: No xbox brand related game winner since 2007 and before that

WTF is Planet Coaster? First I ever heard of it.

You might want to get acquainted with it if this is really the first time you're hearing of it. ;) I haven't played it but I think it sounds pretty neat.

The description says construction sim, a la Theme Park or Rollercoaster Tycoon. Sounds like it has a bit of Burnout-style chaos to it.

Trico is love. Trico is life.

It's something along the hybrid of a dog, bird and a rat. It also behaves more like a dog than a cat since it actually does what you want most of the time.

It really depends on which characteristics you value it moves more like a cat and shares some trades with it. Since it crawls into or under litteraly anything. But Trico is way more obidient communicative than a cat and cares more about you than itself. It even wants to catch a few spears to it's body for you and defends you no matter what. Those characteristics are more natural to a pack animal like wolves and dogs. If Trico was more cat like he would simply jump from one obstacle to the next and impatiently wait for you to do the same.

Heh, I just read a review where the reviewer pretty much said it's as stubborn as a cat, refusing to obey you way too often.