The remastered version of the open world action RPG from Bethesda - The Elder Scrolls V: Skyrim Special Edition - sold 938,734 units first week at retail, according to our estimates. First week sales can be viewed on the VGChartz Global Weekly Chart for the week ending October 29. 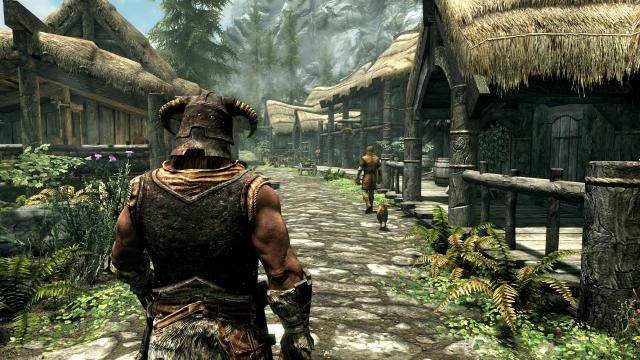 The Elder Scrolls V: Skyrim Special Edition released for the PlayStation 4 and Xbox One worldwide on October 28.

Incredible considering it's a 5 year old game releasing in the crowded holiday frame.

Waiting for black friday to get it at $25.

pretty impressive numbers,bethesda must be pleased,i'll be buying sometime because even though i played for hours & hours & hours i never got close to the end,i spend most of my time sorting through my stuff,i just can't help myself

Unfortunately, due to its massive success, I'll probably have to wait longer for a price drop. I have no interest in paying $79.99 for a game that only cost $69.99 when it was released 5 years ago on previous generation consoles.

I'm not seeing prices like that anywhere. It's about $52 on Amazon.com, and it's 60€ on Finnish Playstation Store, which translates to $60 in practice. That said, it's still expensive for a simple remaster.

Ah, I see. Still, it's quite strange if it's more expensive than the original since in other regions it seems to cost at most as much as the original did back then.

Good stuff, I own the game on PC so I got the upgrade for free, but for console-only owners this is really a big upgrade over the X360 and especially the horrible PS3 versions of the game. Sad to see the PS4Pro struggling to hold 30fps on 4k, hope they make a 1080P/60FPS mode for that

With that game engine, unlikely.

The only annoying bug in the PS3 (I have the Legendary Edition) version of Skyrim was the 6MB one which is easily fixed by turning off all autosaves. Of course this harkens back to the old school of gaming where you have to save manually and you do learn quickly especially when you loose a few hours of gameplay.