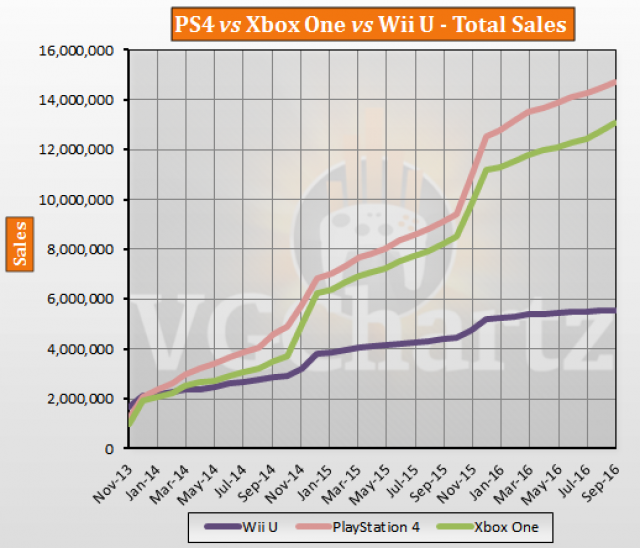 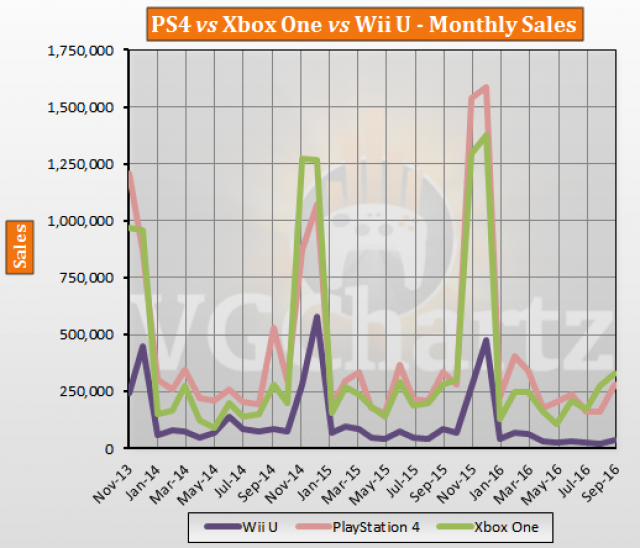 Looking at market share for the month of September, the Xbox One managed to achieve 51 percent. The PlayStation 4 accounted for 4 percent of the consoles sold, and the Wii U a modest six percent.

I'm guessing the Xbox One will win at the end of this generation, poor Wii U line, its basically been flat for a few months now

I'm guessing the Xbox One will win at the end of this generation, poor Wii U line, its basically been flat for a few months now