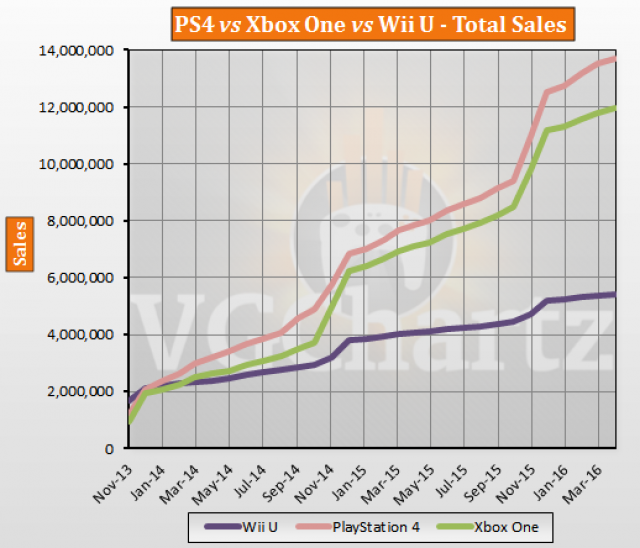 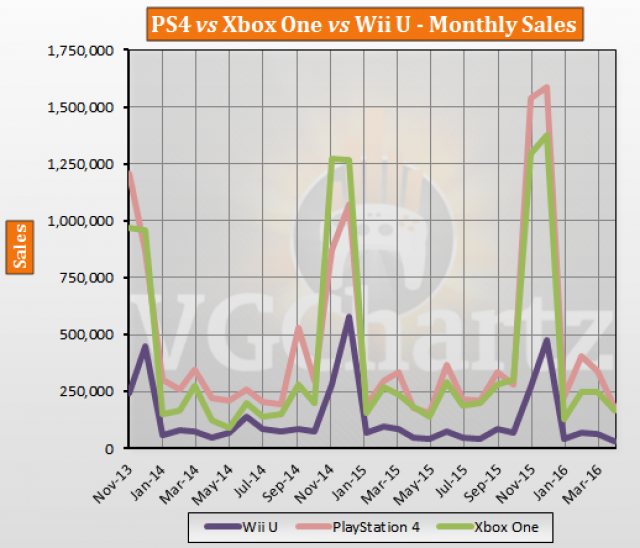 Looking at market share for the month of April, the PlayStation 4 managed to achieve 47 percent. The Xbox One accounted for 44 percent of the consoles sold, and the Wii U a modest nine percent.

Where are the software numbers from the last two or three weeks?

That was the global chart. This one is for the US.