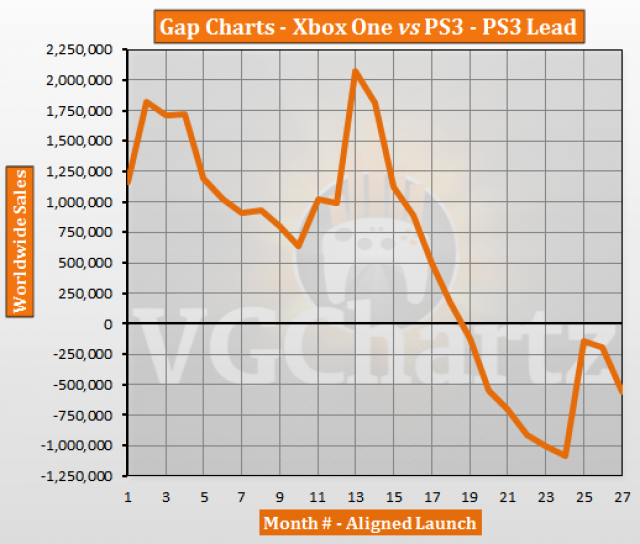 What happened on the 13th month?

Same as the Xbox one here in Australia...

nope they were the exactly the same price

I'm a Nintendo man at heart, but I love all systems. However, I fear for XB1. It's losing ground fast in its only territory it was excelling in and that's North America. The last few weeks according to vgchartz, APS4 has been widening the gap. I don't think the XB1 will be sustaining it's pace. I really be liege its lifetime sales will top at 50 to 60 million. Microsoft is going to have to pull a serious rabbit out of its hat to change its fortunes.

Leyendax69 - you may be right in hitting 50 million. If Morpheus takes off and the new Nintendo machine is done right, it likely will be the XB1 that suffers most.

what? the PS3 didnt go to shit...it sold more then the 360 did in lifetime sales

Pope- I thought of that point too, but of the Sony machines it had the rockiest path. It will be the only Sony console to not make it to 100 mil...yes I'm calling it now the PS4 will pass 100 mil. I predict 130 mil.