Thirty years ago, a moustachioed Italian plumber named Mario burst into the video game scene, reviving an imploding North American home console market and ushering video games into the modern age. Three decades and dozens of sequels and spin-offs later, the house that Mario built - Nintendo - has finally given its fans the tools needed to create their own Super Mario levels. It's called Super Mario Maker, and it's required playing for anyone with even a passing interest in Super Mario, platform games, or level editors.

The best way to describe Super Mario Maker is as one-part platform game and one-part design tool. In fact, when players boot up the game they're immediately given two options: "make" or "play". Both sides of the Super Mario Maker equation are easy to learn, fun to play, and exceptionally replayable. Yet they're not without some minor flaws. But more on that later. 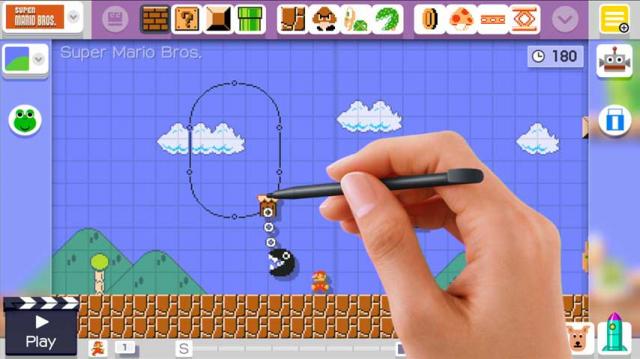 Then it's simply a matter of dragging and dropping items, enemies, and walls into the level using the Wii U GamePad. It's all made impossibly easy and straightforward thanks to Nintendo's clean and simple interface, and its handy tutorials. There are also a few convenient tools that make life easier for would-be Miyamotos. These include an undo button, a restart button, and the ability to use a "ghost Mario" to keep track of player movement. 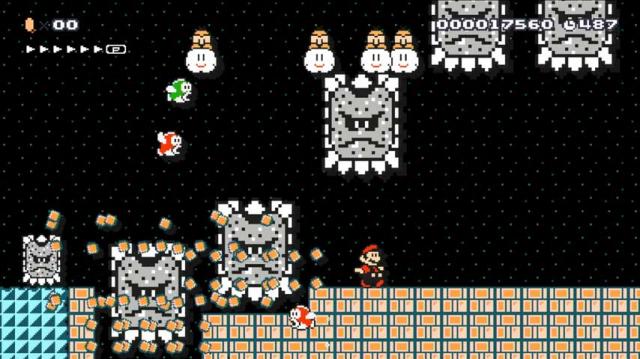 Moreover, at any point creators can pause the game and complete a trial run in order to see what works and what doesn't. It's a completely seamless transition between building and play-testing that encourages a lot of experimentation and new ideas.

Now, what about the platform side of things? Well, luckily for fans, playing levels in Super Mario Maker is just as fun as making them. In addition to playing their own creations, players can take on levels uploaded by users from around the world and those pre-loaded in the game. "10 Mario Challenge", which can be played offline, pits players against an assortment of levels from Nintendo. Using 10 lives, players must survive remixes of classic Super Mario levels and new creations with a twist or two. It's a perfect way to find inspiration for a new level. 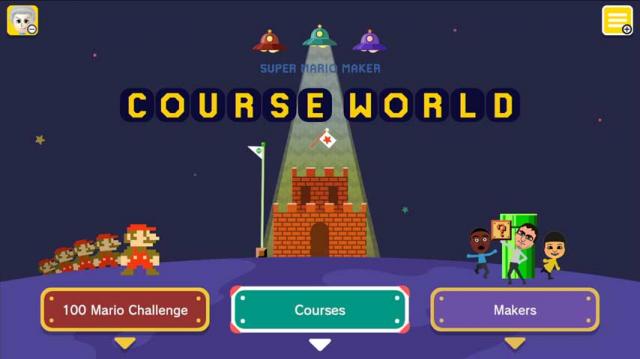 It's online, however, where Super Mario Maker finds its voice. Here, players can find thousands of user-created levels, organized by difficulty, popularity, and user. There are some duds, no doubt, but there are also some truly impressive and imaginative levels. Don't know where to start? Then try "100 Mario Challenge". In this mode, players have 100 lives to spend on a random collection of levels pulled from the internet. If players happen to enjoy a particular level, they can award it a star and leave a Miiverse comment.

Another perk of "100 Mario Challenge" is a collection of "mystery suits" that can be unlocked by playing. These cover a wide range of Nintendo mascots, including Link, Waluigi, and, yes, even Wii Fit Trainer. Mystery suits are applied to mystery mushrooms, which transform Mario into a different mascot, with its own sound effects and animations. If players don't want to take the time to unlock all of the skins online, they can scan Amiibo into the game. Note that mystery mushrooms only work in the original 8-bit Mario skin. 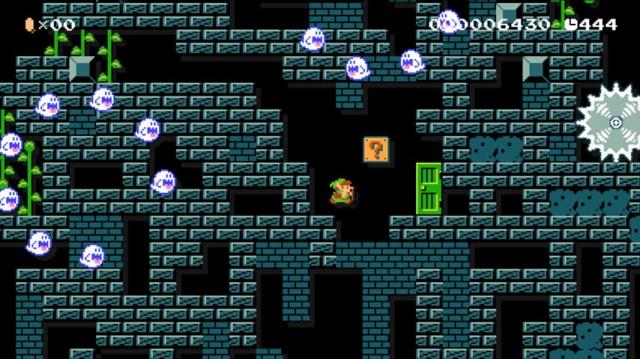 So, there's plenty to create, play, and unlock in Super Mario Maker. And it's all consistently surprising and rewarding. However, Super Mario Maker isn't perfect. While its suite of items, enemies, and structures is impressive, there are a few things missing. The most glaring is the lack of mid-stage checkpoints. The creation tool is also missing sloped terrain and snow and sand themes, and while players can create very long horizontal levels, they cannot create tall vertical levels. Nor can they add bodies of water to above-ground levels.

Another strange limitation on the game is the frequency at which creation tools are unlocked. When players start the game only a few tools are available. After playing and experimenting, a message pops up on screen saying new items will arrive the following day. Nintendo's original play was a nine-day window in which all items would be made available. A day one patch, however, allows players to speed up the delivery of items by placing more objects and using the most recently unlocked tools. Still, it's irritating. 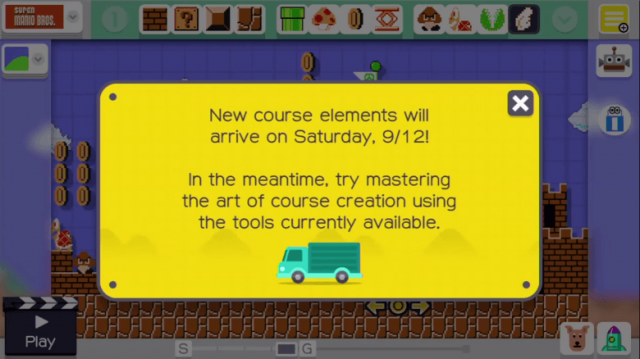 These are, however, relatively minor problems in a game that is both enjoyable and addictive. While a few tools are missing on the design side of things, the overall number of options available to players is extraordinary. Not only can creators change the visual style and theme of each level, but they can plug in any number of enemies, power-ups, and devices. And, what's more, they can do so frustration-free, courtesy of an accessible and user-friendly interface. When you need a break from creating you can move online to see the best and brightest levels from around the world, or share levels with friends.

Platform fans will find a smorgasbord of fun, creative, and devilish challenges waiting for them in Super Mario Maker, both offline and online. Aspiring game makers will spend hours at a time designing the perfect levels, and those kids-at-heart who grew up with Super Mario will get the chance to live out a fantasy 30 years in the making.

The timed unlocks aren't bad after the patch applied. All you have to do is spam blocks and eventually the unlocks start coming fast within a minute or two per unlock pack.

I don´t think the time unlocks is a bad thing. It keeps your curiosity up and it doesn´t take long to unlock everything

I understand why we search for courses via the 16 digit code (if you did it by name, you'd miss out on the plethora of Japanese created levels), but I wish they would let you search for creators. Having to search for them by level is a bit cumbersome. Other than that, the game has put a smile on my face since the moment I started playing!

The timed unlock is a complete non-issue, you can unlock everything in less than 1 hour if you just use a lot of blocks.

Of course people wants everything from the very beginning. Think of it as a levelling up system where those new items are your rewards.

To be honest, it was more interesting to me when I was waiting to unlock everything. Anyway, good game.