“As a young boy, I was taught in high school that hacking was cool.”

It’s finally here. Soul Hackers, the one MegaTen game famous for never making it out of Japan, has arrived in North America. The 1997 Sega Saturn RPG, later ported to the PlayStation, could have been ours a decade ago, but Sony denied it an American localization. All hope seemed lost until Atlus announced that the 3DS port would be the first game to come overseas. Today, Shin Megami Tensei: Devil Summoner – Soul Hackers has gone international, but does it live up to expectation? 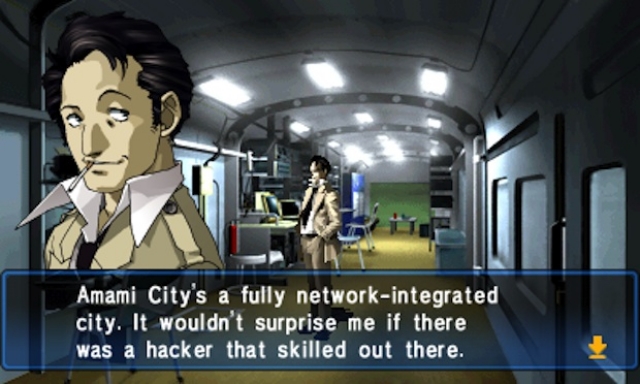 Amami City is the realized vision of the future, where every home has a computer connected to the internet, regulated by the government to provide every need. In the network is a program called Paradigm X, a virtual world offering all the amenities that a person could ever dream of. It’s truly amazing, and everyone wants to be selected as a beta tester. However, you (the main character) and your best friend, Hitomi, don’t want to wait. So together, you use your hacking skills to place your name in the latest wave of beta invitations. With this trickery, you get into the Paradigm X beta and experience its wonders for the first time… and then things go completely downhill from there. Facing this difficult situation is the group of hackers you’re associated with, the Spookies.

Soul Hackers is much like the other old-school Shin Megami Tensei games. Dungeon exploring is done from a first-person viewpoint while walking on a grid that allows for four-directional movement. As a Devil Summoner, you will not only face off against a myriad of demons but also convince them to join your side. By talking to demons during battle, you can hold conversations with them. Through the correct conversational choices, you can successfully negotiate with a demon to have them join your team.

Once the demon is on your team, the next step is to increase their loyalty. That requires careful observations of which attacks or spells the demon likes to do when you don’t command it, and then commanding the demon to use those moves. Choosing the same move as the demon would have chosen boosts their loyalty. Once the loyalty is maxed, the demon will take all of your orders for any of its abilities. But before then, selecting an ability it doesn’t like will cause it to either choose its own ability or ignore you entirely, doing nothing. Repeatedly going against its wishes will drain loyalty to the point where the demon might leave the party entirely. Demons cannot level up, so raising their loyalty can be seen as the equivalent of “grinding” in this game. But it doesn’t take nearly as long to raise loyalty as it does to grind levels in other RPGs, so you won’t have to spend much time grinding in Soul Hackers. 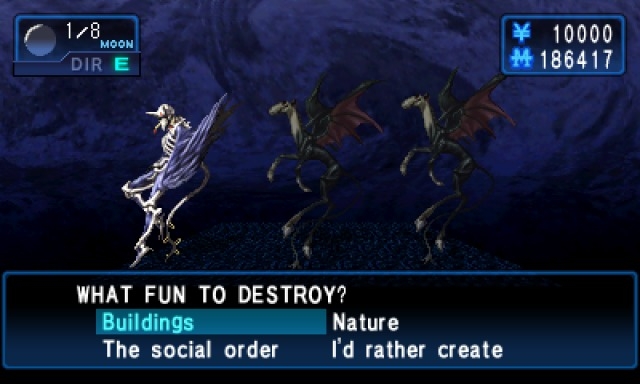 A demon’s personality determines what attacks it will prefer to use. Wild demons like physical attacks, Kind demons prefer healing spells, and so on. There are also some additional bonuses, such as a Sly demon being able to help you negotiate with other demons.

In the dungeons, demons survive on the force of a currency called magnetite. Summoning a demon in a dungeon costs magnetite and every step you take costs magnetite. As such, it’s important to consistently battle and defeat demons to keep your magnetite amount high. If it’s high enough, you won't have to worry about running out. There’s a shop in Shibahama that converts money to magnetite, if you’re in a bind.

Demon fusion is a staple of the Shin Megami Tensei series and appears yet again in Soul Hackers. Much like the other games in the series, demons are fused together to create brand new demons with new stats and skills. Since demons do not level up, this is the best way to improve the strength of your team and pass on the skills you desire to new demons. A Demon Compendium is available to re-summon demons at the cost of magnetite. Demons can also be fused with swords to create more powerful weaponry for the main character. Some of these fusions will change the sword from Slash to magic damage, which will make up for the main character’s inability to use magic. 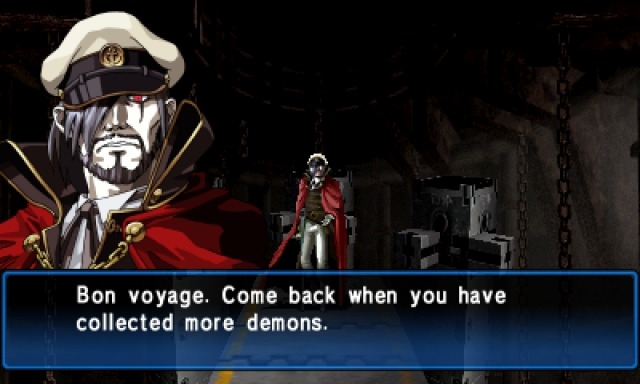 It is difficult to beat Soul Hackers, much like any SMT game, but there are a number of options to assist those in need. An easy mode is available for SMT beginners. Also, at any point in the game, you can raise or lower the difficulty, reveal the full map on the bottom screen, waive the requirement of summoning only demons similar to the party’s current demon alignment and have the ability to see all strengths/weaknesses for all of the opposing demons. With these hacks, Soul Hackers can either become a more accessible adventure or an extremely difficult game, whichever you want it to be.

Your COMP, in addition to storing demons, can also be upgraded with various add-ons. Likely the most useful one to you will be Back-Upper, the ability to save anywhere (you otherwise can only save at Spookies HQ or various terminals in the dungeons). Many other add-ons exist, which can heal, increase/decrease encounter rate, improve your negotiation with demons and much more. You only have a limited number of slots to install add-ons, however, so you must pick and choose.

There’s nothing to write home about when it comes to the graphics. This was originally a Sega Saturn game and the visuals have not been updated much. The user interface is a bit cleaner but otherwise you are playing what those in Japan played over a decade ago. The 3D effect allows labels like the name of the dungeon and the text boxes to pop out a bit, but otherwise the 3D is an afterthought. 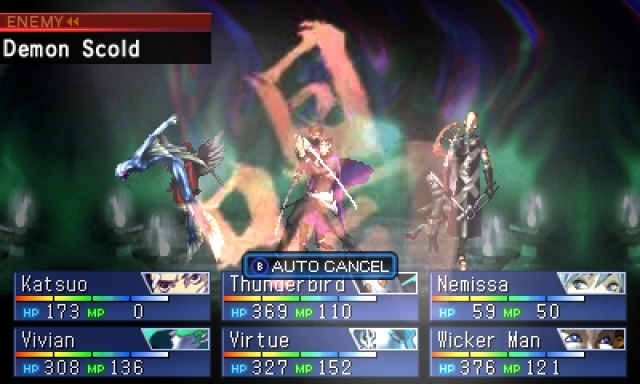 The music is composed by Shoji Meguro, who has been a staple in the SMT series. If you’ve played an SMT game and enjoyed the music, you’ll certainly like the soundtrack here. The ominous and tense tunes that he’s known for are present in Soul Hackers. The voice acting, new to the 3DS release, is also top notch; you might even hear some familiar voices from past SMT dubs.

There's a StreetPass feature called Nemechi, which lets you purchase new demons with Nintendo Play Coins or D-Souls, gathered through StreetPass. These demons are brand new, and were not in the original release of Soul Hackers. D-Souls can also be used to level up your Nemechi, at which point it can change genders and evolve, unlocking new demons.

How long you spend playing Soul Hackers depends upon how difficult you make it. You could probably speed through the main game in about 25 hours if you set the difficulty down, display all the maps and turn off alignment requirements. Adding in all of those features will make it much tougher and likely add on more time. Once the main game is beaten, there are alternate dungeons available as well as new scenarios to complete. It’s not quite in the realm of 100 hours like Persona 3 and Persona 4, but Soul Hackers still has plenty to offer. 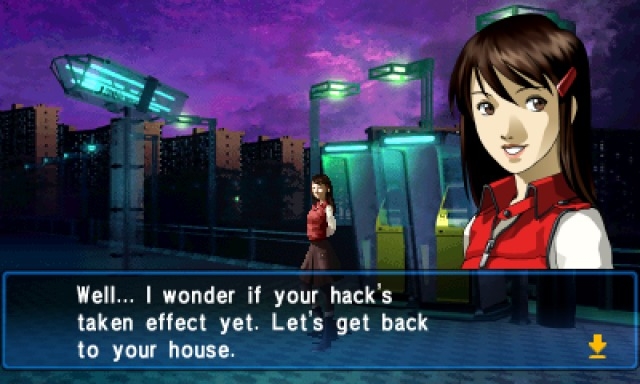 Soul Hackers will very much please RPG fans, especially SMT fans who have been waiting for this game’s international release for decades. The story is dark and engaging, the gameplay is challenging and the demon negotiation is intriguing. If you can excuse the late 90s graphics, you’ll find a wonderful, intelligent RPG that can entertain you and intellectually stimulate you. Just another day in the office for Atlus, then.

This review was based on a digital download of Shin Megami Tensei: Devil Summoner - Soul Hackers provided by the publisher.