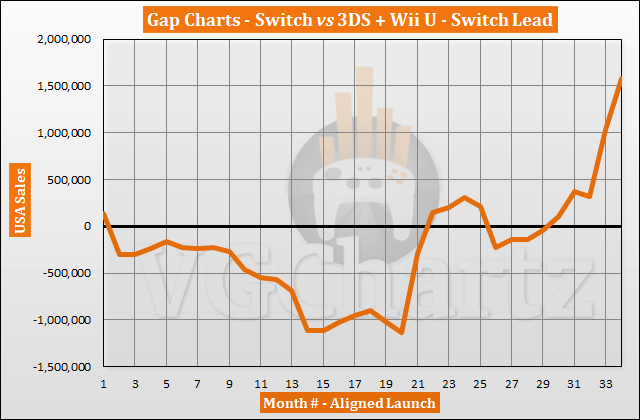 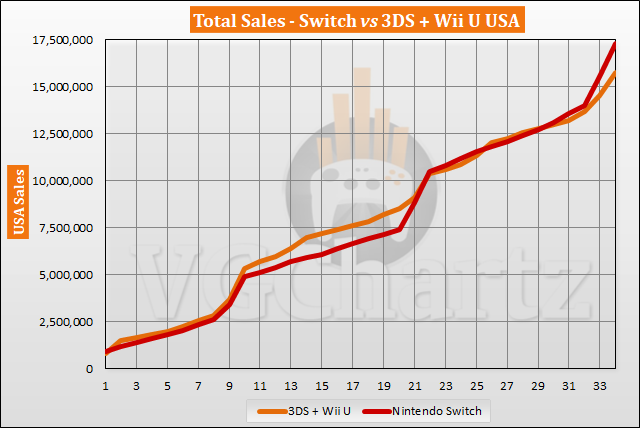 December 2019 is the 34th month that the Nintendo Switch has been available for in the US. During the latest month the gap grew in favor of the Switch when compared to the combined sales of the 3DS and Wii U during the same timeframe by 546,657 units. In the last 12 months the gap has grown in favor of the Switch by 1.43 million units. The Switch is currently ahead of the 3DS and Wii U by 1.58 million units.

By now, Switch will only grow the gap anymore, and fast. Wii U was already almost dead at that point, and 3DS dropped like a rock in terms of sales

And Switch hasn't even hit it's peak yet. Sales are massively up YoY so far this year.

And there are people still thinking that the Swicth will barely sell as much as the 3ds.