There is a rumor Sony Interactive Entertainment plans to release a remaster of Horizon Zero Dawn for the PlayStation 5, according to MP1ST and corroborated by VideoGamesChronicle who spoke with its own sources.

The remaster of Horizon Zero Dawn is said to have improved visuals that bring it up to its sequel, Horizon Forbidden West, which released for the PlayStation 5 and PlayStation 4 earlier this year.

The sources also claim the remaster will have new accessibility features, graphics modes, and quality of life improvements to its gameplay. 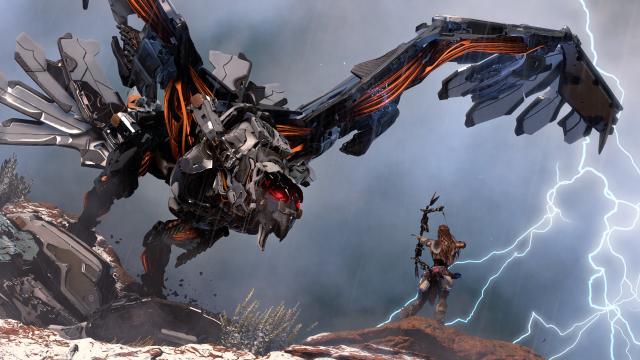 The report from MP1ST also claims Sony Interactive Entertainment is developing an online multiplayer game set in the Horizon universe for PlayStation 5 and PC. One source says it might have a co-op mode with customization said to be around different tribes seen in the series.

Publisher Sony Interactive Entertainment and developer Guerrilla Games released Horizon Zero Dawn for the PlayStation 4 in February 2017 and for PC in August 2020.

Yeah, nothing says needed like a remaster of a 5year old game, already available on the platform it's being made for and it currently looks fine.

That... This is probably my favorite game of the previous generation but I see no reason whatsoever to remaster it yet lol

Same here, Horizon Zero Dawn is my top game of the PS4 gen, with Aloy instantly being one of my all-time favorite characters. Right up there with Solid Snake, Leon S. Kenndy and Lara Croft. But even so - this does not need a remake or a remaster. This game already ran beautifully at native 30fps/1080p on base PS4, locked 30fps 4K checkerboard on PS4 Pro, and full 60fps 4K checkerboard on PS5. It may not have the extensive accessibility options of Horizon Forbidden West or later Naughty Dog games, but it was also no slouch in that department either.

Up next is a remake of the Demon Souks remake.

Jim Ryan you still suck. You could remake Wild Arms. Omega Boost. Ape Escape. No. Remake a 5-year-old game. Fly around the world to whine about Microsoft buying Activision.

How do you know this upgrade isn't just because it's connected to the MP game? We're lacking a lot of details right now.

Based on Sony’s track record, it doesn’t seem likely that it will turn out that way.

And even if it is connected to some MP game, it's still unnecessary.

There's nothing to indicate it's a remake, what they decribe sounds more like the Spider-Man Remastered treatment. Still seems unnecessary since the game already has a PS5 upgrade as far as I know, but at least it won't be nearly as time-consuming to make.

Well it has a patch update for the PS4 version that allows better frame rates on PS5 BC, not a specific PS5 update that utilizes PS5 features.

Must be because one would take a quite smaller team, cost a lot less to do and would profit a lot more than your propositions.

Seems like they're following the Nintendo model of milking fans for every penny they can. There's no reasonable justification for remastering games that are only one generation old.

yes they are. now sony games are taking time to get a price drop compare to previous gen.

Damn, and here many thought the TLOU remake was unnecessary because it wasn't even the 10th anniversary yet, HZD is even newer. What is next, Ghost of Tsushima and TLOU 2 remakes from 2020?

Meanwhile Uncharted 1 is looking alot more dated than any of these recent games and it is rumored that Sony cancelled an Uncharted 1 remake in favor of the TLOU remake.

But why? PS5 is backwards compatible, isn't it?

Yes. With a boosted framerate too.

I don't know about y'all, but I'm enjoying this. I really want Sony to keep doing this.

Sony making a clown out of themselves. They're on a ball this year!

If it is a free upgrade or is like $10 for those that already own the game that wouldn't be so bad.

That’s definitely what I’m hoping for!

Sadly, I can’t see it turning out that way.

My money is on $70 with no discounted upgrade path, same as TLOU Remake.

It will be 70 dolars like skyrim switch version and last of us.

Give us the remake we want sony, bloodborn !

I think these remasters are being driven by the need to upgrade the assets for the PC versions.

They only have to spend like 10 pesos for the upgrade and then sell it for a zillion bucks,

Zero Dawn is my second favourite open world game ever, but I have absolutely no interest in a remaster of a barely five-year-old game. Fine, if it's a simple visual upgrade with perhaps some of the animation improvements from the sequel included, and with a lower price point I can understand it. However, I have a suspicion that it'll be like TLoU Part 1, and come with a 70 euro price tag attached.

So, backward compatibility with PS4 games means nothing to Sony now, huh?

Who is actually surprised by this? GoW will happen soon to. TLOU PT1 showed its a successful business idea. I saw this coming a mile away. Half the effort, full next gen sale price.

Lazy cash grab. Stop remastering games that are barely 5 years old. Did they not learn their lesson after The Last of Us Remake performed below expectation. I hope this bombs into oblivion.

Why didn't we lead with the online MP game first!?!? haha

excited to see the MP side of things. But I'm wonder if the supposed remaster is just something the MP team is also working on on the side.

That is a good point. I changed the title to mention the multiplayer game.

That is quite likely, who knows they may decided to make a pack of 1+2 and launch near the series release. 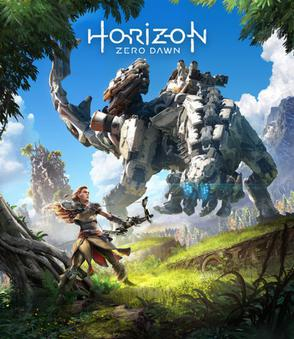