Sony recently spoke with Brazil's regulatory body about Microsoft's acquisition of Activision Blizzard and said Call of Duty is an important IP for PlayStation and it is a franchise that "influences users' console choice."

Sony essentially claimed the Activision Blizzard acquisition is anti-competitive as it could influence people to switch from PlayStation to Xbox and said the Call of Duty series is on its own level of popularity and it is has been the "overwhelmingly the best-selling game" for its genre.

Microsoft has now responded to Sony's claims, according to a user on ResetEra who translated Microsoft's response.

"Not surprisingly, Sony was the only third party to convey public opinion materially different from MS/ABK and the third parties regarding the competitive analysis of the transaction," reads Microsoft's response.

Microsoft says that Sony does not want to see Call of Duty available on Xbox Game Pass on day one as Sony doesn't want to compete with the service.

"In short, Sony is not resigned to having to compete with Microsoft's subscription service," states Microsoft. "Sony's public outcry on subscription games and the company's response are clear: Sony doesn't want attractive subscription services to threaten its dominance in the market for digital distribution of console games. In other words, Sony rails against the introduction of new monetization models capable of challenging its business model."

Microsoft in response to Sony's claim that Call of Duty is its own separate market from all other categories said, "Sony is limited to commenting on Call of Duty's brand strength and loyalty and engagement. However, claiming that Call of Duty has a loyal following is a premise from which the conclusion that the game is a 'category of games in itself; does not follow.

"The PlayStation itself has a foundation established by players loyal to the brand. This finding, however, does not lead to the conclusion that the PlayStation – or any branded product with loyal consumers – is a separate market from all other consoles. Extrapolating from such a finding, the extreme conclusion that Call of Duty is a 'game category in itself' is simply unjustifiable under any quantitative or qualitative analysis."

Microsoft showed data that only two Activision Blizzard games ranked in the top 20 best-selling console games of 2021 that included notable franchises from third-party developers and exclusives from PlayStation and Nintendo.

This means Microsoft believes that Call of Duty is just one of a wide range of best-selling games that includes multiple titles that are not even available on Xbox consoles.

Sony in its initial response mentioned that over the past five years, Xbox Game Pass has grown to capture around 60 to 70 percent of the worldwide subscription services market. Sony believes it would take "several years" for a competitor to create a rival for Xbox Game Pass, even with substantial investments.

Microsoft says Sony contradicted itself as they said Xbox Game Pass has grown over the past five years to be a success, which is without having any Activision Blizzard titles available on the service. This means that having titles like Call of Duty would not be essential for a competitor to become as popular.

Microsoft says that the Nintendo Switch despite not having Call of Duty titles has been a huge success for Nintendo.

The reasons discussed by Microsoft means they feel Sony is being apprehensive about the increased competition once the Activision Blizzard deal closes, rather than a worry about Microsoft becoming anti-competitive.

Microsoft goes on to list five reasons against Sony's claims that adding Activision Blizzard titles to Xbox Game Pass would lead to an unattainable lead in subscription services for Microsoft. 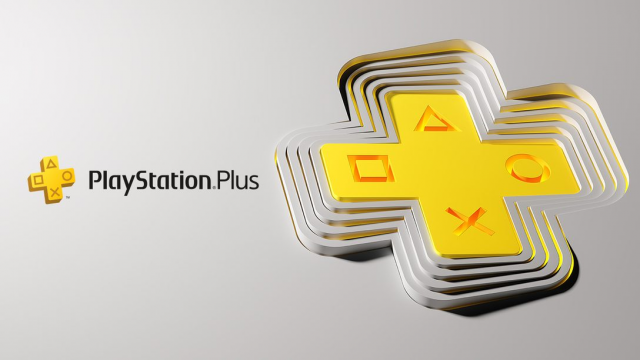 Microsoft added that the "New PlayStation Plus" is considered a rival to Xbox Game Pass in the industry and "the use of exclusive arrangements has been at the heart of Sony's strategy to strengthen its presence in the gaming industry."

Along with its first-party lineup, Sony has entered agreements with third-party publishers to ensure some games release as exclusives at launch on PlayStation consoles.

Microsoft sees Sony's claims as a "fear regarding an innovative business model that offers high quality content at low costs to players, threatening a leadership that was forged from a device-centric strategy and focused on exclusivity throughout of years."

Weird to see MS in the winning side of an argument, but yeah, they destroyed sony here.

Yet the total amount isn't even near 70 billion. Which is all right, but buying a juggernaut isn't comparable to comparatively small fruit. Its like comparing a lot of small European countries (so excluding the big 5) against the US, naturally the US is still much more significant.

Also it's not like Microsoft only bought them in recent years. They bought quite a few smaller studio's,like Team Ninja, Obsidian games just before the start of this gen and they also bought Bethesda in its entirety. Microsoft is easily winning the acquisition war. Especially if you compare this against every company MS bought since a lot of the acquisitions mentioned above are not made by PlayStation itself.

I believe the point being made here is Sony is no angle and do the exact same things, they just have less money to do it with.

Now, do the same with Microsoft.

you sure? it is 10 times longer

Please don't. For the sake of being able to easily scroll through the comments and my sanity lol

Sony doesn't want attractive subscription services to threaten its dominance in the market for digital distribution of console games. In other words, Sony rails against the introduction of new monetization models capable of challenging its business model.

Sony sound scared. They poked the wrong bear and it was only a matter of time before that bear got up. Competition is good. The top dog is now being pushed. Sounds like Sony heavily relied on Acti/Blizz to sell consoles. Remember Sony continued to stop games coming to Xbox for the past decade.

Looks like this deal might get done in time to have all Call of Duty games available on Game Pass ready for Holiday 2022. Sony complaining about their lost revenues rather than making a valid anti-competitive argument against the deal.

We should make "Reason four has been totally redacted" a meme in the VGChartz comments on future articles! :D

Microsoft is acting like they were transparent about what would or will happen with 3rd party games once the deal goes through, obviously they will be on Game Pass perpetually, but will they be on Sony's subscription service? I think making a purchase this large would have to have a giant return to justify it, and that might lead people to suspect some sort f exclusivity. The problem is we have no clear answer. With Sony/Bungie they were very explicitly clear that Bungie's current and future games will be able to be enjoyed on all platforms period. That is honestly how it should be , and how it should be stated.

And Sony did that this way because...?

Just let it go Sony. If you are as great as you claim to be just find a way to bounce back, like when MS started taking away all of your exclusive games in Gen 7. And who knows, its very possible MS might make CoD worst hahaha

Never bought a call of duty, never will. This attrocious game ruined the general landscape of gaming.

All acquisitions that take something away from the competition are inherently anticompetitive.

Actually Microsoft statement is that all deals and games that are already in other platform will keep as is, to say games not released or not in deal will be multiplatform is a stretch.
They claimed Bethesda purchase wasn't to take away from other platforms, but that is exactly what happened except for titles that were already launched or deals that were signed.

Pretty sure they did not get any game away from other platform tho :) Again, 'you' decide what those words means; and then claim that they lied or something similar. All games that were on Play Station are still there and available. They did not take away any of them...

They are competitive just not pro consumer you are competing by expanding your own library and uplifting the budget of these studios. It's even better if that makes sure the library size of your competitor decreases since it makes your platform more attractive. PlayStation and Xbox compete for money and market share and buying is a legitimate and fair tool to get that. Without moves like these MS would be doomed to be forever third. Sony naturally tried to defend their market share and position by making sure they have a healthy flow of high quality exclusive content.

We aren't removing from the competition, we are adding (what was already on) our platform, if it misses other platforms well I have a solution, buy Xbox. Don Phill Mattrick.
"Play Anywhere, as long as it is Microsoft"

It's more buy Game Pass because the days of having to buy an Xbox are long gone. You can play on your PC, iPhone, iPad, Android, Samsung TV, the Chrome, Safari, or Edge browsers. There are options to play Xbox games. So you can "Play Anywhere" in that sense. Microsoft has given gamers very little reason to not have played an Xbox game at this point, and who knows what other options will be provided down the road.

This is just legal team vs legal team mumbo jumbo. There's been levels of hypocrisy on both Sony and Microsoft's part of these proceedings. Which you honestly can't blame either side for because it's all about each parties respective bottom line. And as partially entertaining as it has been, it's honestly become kind of nauseating at this point.

You can play anywhere MS allowed, that doesn't change the simple fact that they claimed they wouldn't remove content from competitors but done exactly that. No matter how much one spin the outcome it was the same.

MS made no such claims before the Bethesda acquisition was complete and were purposely quite about their plan. Once it was complete, they were straight forward with how they would approach which games would be exclusive or not. Also, they haven't removed anything from any platform. You can't remove a game that hasn't come out yet.

I don't think you understand what "Play Anywhere" means in the Microsoft ecosystem... I know it sounds cool to try to use that to make some fancy wordplay. But Play Anywhere does not mean "everywhere". It means playable on PC, Xbox and Cloud with the same license/save files. It has nothing to do with the actual place you can run it... And they never claimed that it would mean to be played on every platform out there (including the Play Station); that's your own making.

No it's not anticompetitive it's aggressively competing with the means that you have. Sony uses its connections ensuring a good flow of first party output and Microsoft buys everything they can get. It's all fair game, no laws are being broken.

None of those things you mentioned are anticompetitive. They might be considered annoying for some, but that's about it.