Horizon Forbidden West (PS5) has not only re-entered the top five, but it also took first place on the French charts for week 29, 2022, according to SELL. 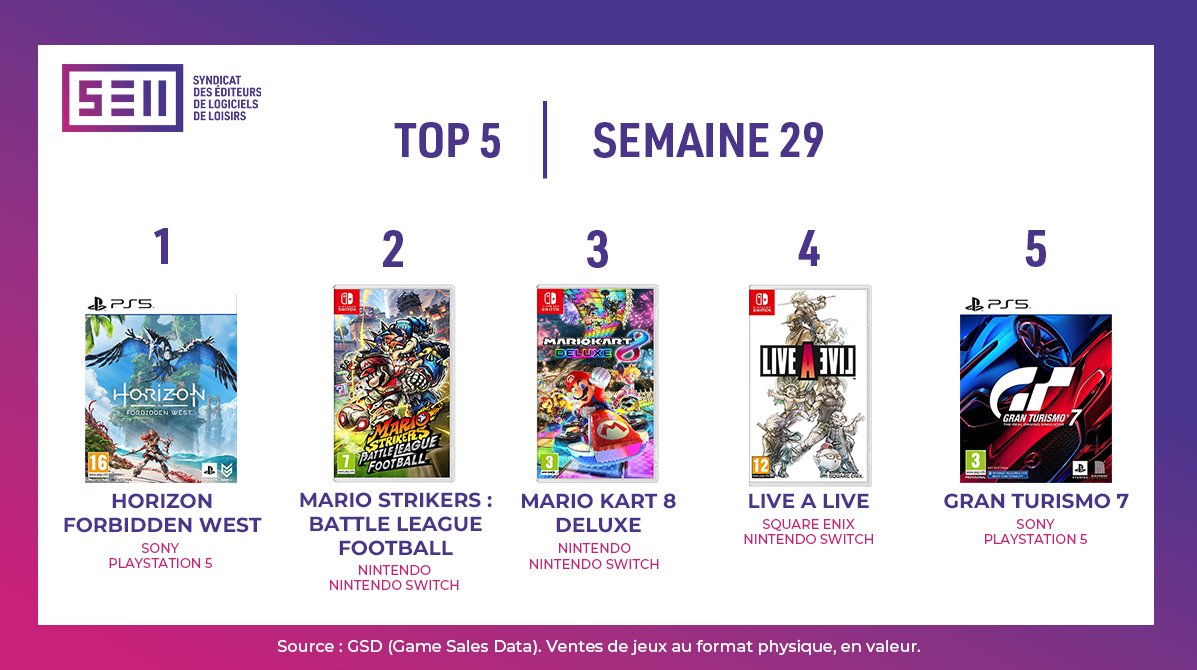