The open-world racing game, Forza Horizon 5, has surpassed 20 million players, according to the Hall of Fame leaderboard in the game itself.

Forza Horizon 5 had the largest launch day ever for any Xbox Game Studios game and had over 10 million players in its launch week. Its launch day had a peak concurrent three times that of Forza Horizon 4. 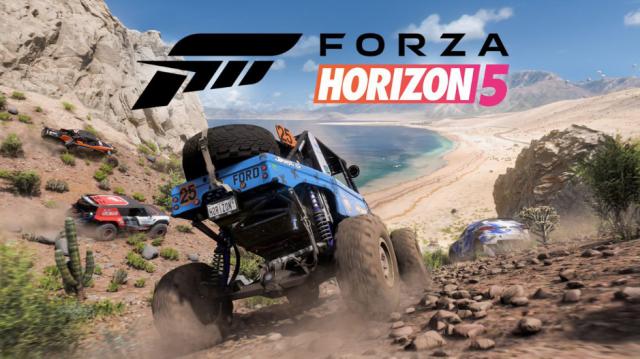 20m in 7 months for Horizon 5. Horizon 4 did 10m in 8 months by comparison, and 24m in 2 years (rumored to be closer to 30m now). Horizon 5 is tracking well ahead of Horizon 4 and it still has 2 expansions ahead of it, at this rate it could potentially hit 30m within the next year and possibly 40m before Horizon 6 releases in most likely Q4 2024.

Would be happy if it was 20 mil sales hahaha!

It sold way more than 5 million units there were over a million people that bought the Ultimate Edition and played the game in the early access period.

Also let's not forget a good chunk of the people that play it through Game Pass also bought some of the DLC for the game.

Given it appeared to be well received on Steam as well as on Xbox, I suspect it's done better than 5 million.

In any case, the comparisons vs. Forza Horizon 4 are still valid as Forza Horizon 4 was also available in Game Pass. And probably no shortage of people have bought DLC for the game to supplement the Game Pass edition. That'll likely become even more true as the expansions launch.

Why does that matter? Does not take away from the popularity of the product

Are 20 million players still playing it or does that count those that downloaded it on game pass played it for 20 minutes and deleted it? It looks like 1,432 people have gotten all 53 achievements.

It's most likely anyone that has played the game at some point either through Game Pass or by purchasing the game. If you logged in and played for a minute, you're in that list of 20 million, including PC players since you need an Xbox Live account on PC and the game has cross play/progression.

If there were 20 million players still playing it, they would've said 20 million active players or something like that. Makes sense that so few players have gotten all 53 achievements. Just on Steam, the rarest achievement is sitting at a 0.8% of Steam players unlocking that achievement.

Anyone who has played the game for just a few minutes. However, it has alot of active players still, it is the 13th most played game on the Xbox Store US Most Played list currently, and 8th place on the True Achievements most played rankings (which tracks Xbox users from all countries instead of US only). It's ahead of Rocket League (and all other car based/racing games) on both the official US ranking and the TrueAchievements worldwide ranking.

Comments like these are hilarious. The same thing was said about Halo Infinite, but looking at achievement percentages and doing a little math would tell you just as many people beat the Halo Campaign in the short time it has been out than people who beat Uncharted 4 in the same timeframe, if not more. Kind of makes this kind of downplay look silly if you actually look at the facts.

Why can't we just be happy for a great game's success, regardless of the console war crap?