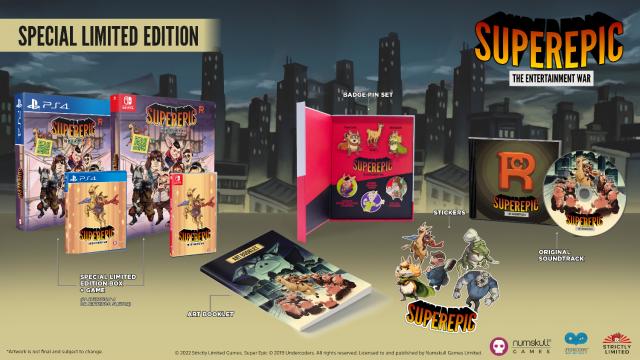 The year is 2084. After a series of mergers, buyouts and hostile takeovers, only one video game development company is left in the world: RegnantCorp. A huge enterprise run by greedy piggies. All the fun in video games has been replaced with intrusive addiction algorithms used to control people’s minds and behavior. But a rebellion of game enthusiasts is fighting back, replacing RegnantCorp’s software with classic games. Following a distress signal, Tan Tan the raccoon and his valiant llama steed Ola prepare to take on RegnantCorp and confront the pigs...

The main character looks like The Coon from South Park.