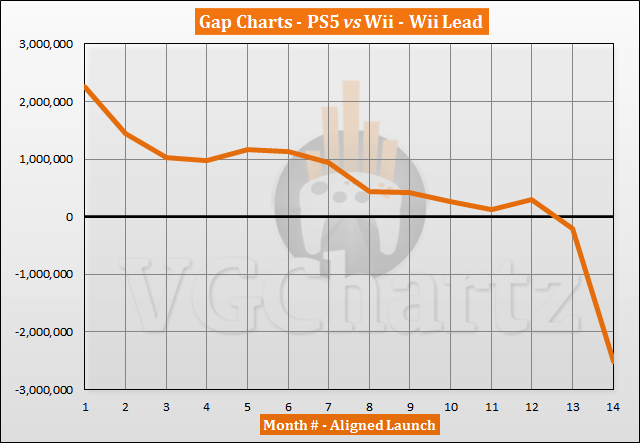 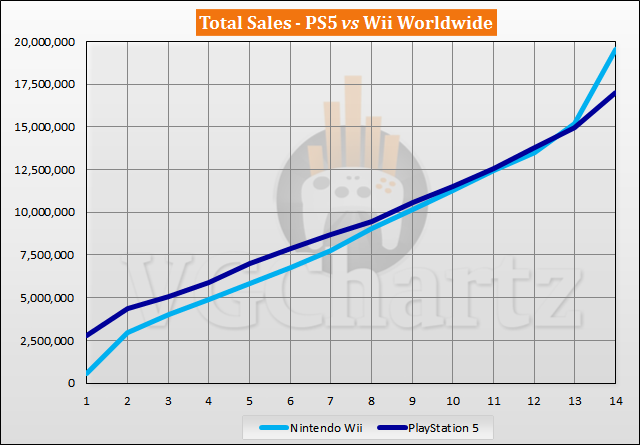 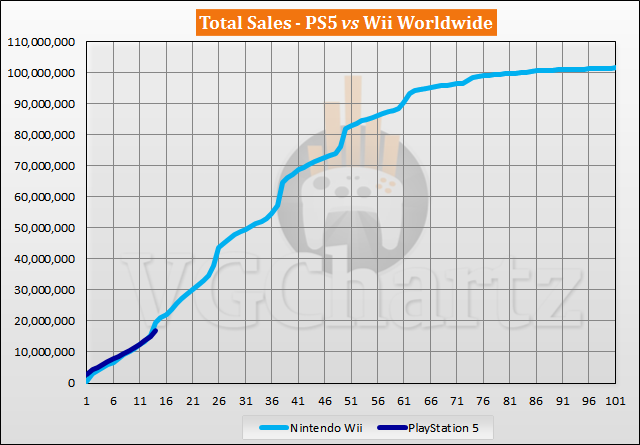 Wii says goodbye at least for the next 3 years. Even if there are almost no shortages anymore in 2023, the gap in favor of Wii will be massive. Wii sold 340k on average every week during the upcoming 48 weeks (before the next holiday season), which should be about the double of what PS5 will be able to sell.

Lower PS5 sales during the holiday was due to the shortages and not the lack of demand. Even on the low end I was thinking Sony could ship around 5M PS5s over the holiday quarter. Instead they only shipped 3.9M.

I am not saying what is the reason. Just that Sony hadn't had big holiday boost for whatever console since 2018 ..
2021 was shortages, 2020 was again shortages and the boost wasn't big as it should be, 2019 was weak for PS4, and 2018 was the last normal good holiday period for sony platform - PS4.

However Nintendo have had three 10m plus holidays in a row. To be fair PS4 was at the end of it's life and PS5 got screwed by unprecedented component shortages

yes.. still Sony could do a pricecut but they didn't .. anyway, I just haven't seen strong holiday period from Sony that's it. I miss the old high holiday numbers for PS console

Once again, the top chart is mislabeled. How does that keep happening? ^^

Wii was the better console so it sold more.