Microsoft made a huge splash with the announcement it is acquiring Activision Blizzard in a deal worth $68.7 billion. This is the by far the biggest acquisition in video game and Microsoft history.

This isn't the first big gaming acquisition by Microsoft as they completed an acquisition of Bethesda's parent company ZeniMax last year in a deal worth $7.5 billion.

Microsoft Gaming CEO Phil Spencer in an interview with CNBC was asked how confident he is that the deal to acquire Activision Blizzard will be approved. He said the gaming space is incredibly competitive and that the largest gaming platforms are mobile.

"This is an incredibly competitive marketplace in the gaming space," said Spencer. "The truth is the largest gaming platforms on the planet are the mobile devices out there, distribution on those contents, control on those devices. It’s controlled by two companies. 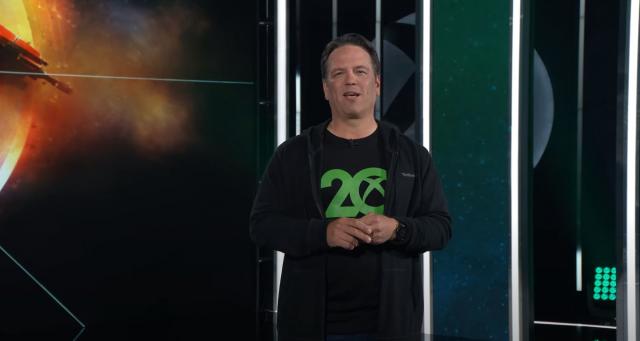 "So you look at a company like Microsoft, and we’re bringing together content and intellectual property to offset the, the distribution capabilities we don’t have on mobile devices. This is our opportunity to fight to compete on the largest platform out there in gaming, which is mobile devices, that’s critically important to us and also as Bobby said, we have more creators on our platform than we’ve ever had.

"We have games coming from all, we have games coming from big publishers like EA and Activision and Take-Two. But you also look at a lot of homegrown games from small teams that are able to reach global scale because of the distribution that they’re finding on PC and gaming consoles. It’s an incredibly vibrant space right now."

Throwing bags of money at already established brands in an attempt to translate their success over to their brand.

Sony better pick up their game considerably because things are going to heat up eXponentially (-We saw what you did there, Ninja-) in the coming years.

If I was Sony (assuming I couldn't throw that kind of money around and just scoop up studios.) I would invest heavily in new start up IPs/franchises/studios in the hopes of combating some of these more established brands now under the Microsoft umbrella.

I mean, that's exactly what they did in the PS3 era. Games like Uncharted/Last of US, Killzone, Little Big planet, Resistance, Infamous, and a whole host of others came out of the time period due to the insane level of competition going on in the console race. perhaps we are about to revisit that period again.

Microsoft is going to stay vague and evasive until the deal clears regulatory hurdles. And frankly, regulators probably aren’t savvy enough about the games industry to really understand any long term ramifications to this deal. Microsoft will argue that companies like Meta (Facebook), google, Amazon, and Apple dumping billions into gaming is a sign of a healthy market, and regulators in the US and EU will probably agree.

Many on here have argued that Sony should buy this or that publisher. And perhaps they should. But they are going to be bidding against not just Microsoft, but Amazon, google, and Facebook as well. You don’t think Meta wants a library for their VR devices?

He's right about it. Xbox is targeting every segment of the gaming industry for a while and this deal cemented their opportunity of succeding in mobile and pc.

Buying activision with the intention of putting their games into gamepass exclusively is not pro consumer it is anti consumer. Regardless of what Microsoft say you can see their intentions as they have already done this with starfield. Currently millions enjoy those games on other platforms so moving them behind an effective wall is not good for anyone.

I can see this deal getting blocked, forced to sell divisions/games or conditions such as making all game franchises currently out there available on all platforms.

You could argue that Microsoft is actually tearing down a wall. Xcloud is not locked behind a several hundred dollar hardware purchase. So in some sense, they're making all of the games available to a wider audience. It's really a pretty small segment of the human population that can afford a video game console. But, a lot more people can afford cell phones (not that phones are cheaper, but they serve a lot more purposes than a
dedicated game console).

If you think of video games in the traditional game distribution model, your point is correct. But, the model is changing. Microsoft can very easily argue that they're not locking things up.

People cant afford to always buy games at full price, so having it on gamepass makes it more accessible to everyone who do gp on consoles and pc. That alone is huge. I think that's a win

There is no such thing as Game Pass exclusives. You can and will still be able to buy any game also in Game Pass.

I'll admit when I'm wrong about Microsoft virtue signaling over talking their concern about the Activision Blizzard sexual harassment culture. Being their owners makes gives the concern actual legitimacy, and not just a scolding to people for a show of moral superiority... like a certain company that expressed concerns over Activision blizzard just 4-5 months after they were criticized for sexual harassment and bully culture in the music segment of their own company... then not more than a week or two later, got more accusations in their videogaming sector.

Point being, I was wrong about Microsoft, and was too quick to judge them.

I would say its more to do with the scandal tanking Activision's share price and making this an opportunistic buyout .

If bobby remains ceo and there is no change to the board of directors, that will show microsoft don;t really care about all the sexual harrassment stuff, just money.

Bobby will remain CEO until the regulatory hurdles have all been crossed, then he'll be voted off the island (and given a golden parachute). There are all sorts of good legal and regulatory reasons to not remove a CEO during an acquisition process (unfortunately).

I hear Sony is bringing back Psygnosis because MS owns all the games.

is Square Enix next?

I probably should not have bought an xbox now. All these aquisitions that seem to have come after launch, looks as though most games won't be ready till the ps6 releases.

This bit made me laugh " very competive market place. Also, all gaming distribution is owned by TWO companies.

That was referring to the mobile market, and the two companies are Apple (iOS) and Google (Android).

Maybe you shouldnt, you did admit the is nothing you want to play on it yet since you have so many exclusive Sony games to finish first. And also do you really think none of them companys MS now own have only started working on games after MS got them?. Bigger question i guess is if you even really own an xbox or not.

I guess you missed my forum post about the series s I bought, the games I downloaded and the good things I said about the system.

Nope never missed it, i have also seen users before brag about owning a system they never wanted (Or never really owned not saying you dont) just so they think they could then get away with shitting on it. Your reply here "I probably should not have bought an Xbox now. All these aquisitions that seem to have come after launch, looks as though most games won't be ready till the ps6 releases." also seems very odd and strange to me as you never knew about the AB acquisition till after the fact so that shouldnt change your mind on it and should make you happy as even if the games go exclusive you can still play them. And the other acquisitions you knew about before buying it so its a very shallow comment from you. I mean do you not believe none of them company's before MS got them? or ones MS already own have not been working on games till just now? since you seem to think none of them will be ready before the PS6 launch?

It wasn't meant to be taken too seriously. I'm just saying it would have been good to get aquisitions and news of it before, and new games when a new console ships. Such as new ip's early , not mid or late in the cycle.

what do i need to do to prove i have a series s? upload some pics? i was playing some horizon 5 earlier, will be playing it again later.

Definitely on point when he compares to the mobile world to the console world. Gaming is much bigger than just the consoles. Their are so many people who don't buy consoles in this world.

Microsoft won't buy them so no reason for Nintendo to do so.