Switch vs PS4 in the US Sales Comparison - September 2021 - Sales 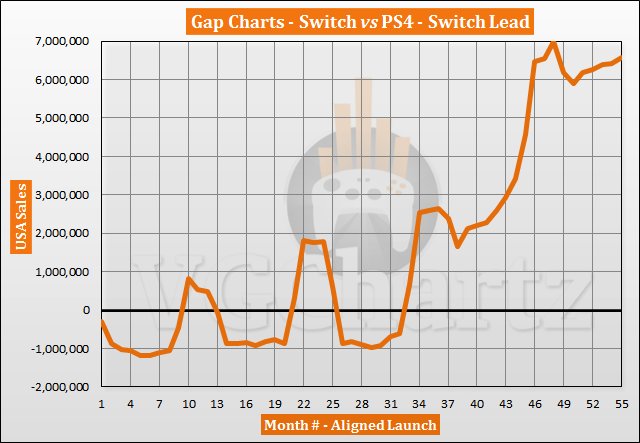 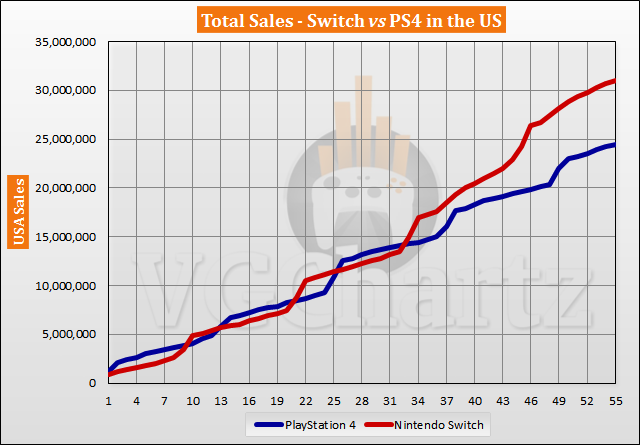 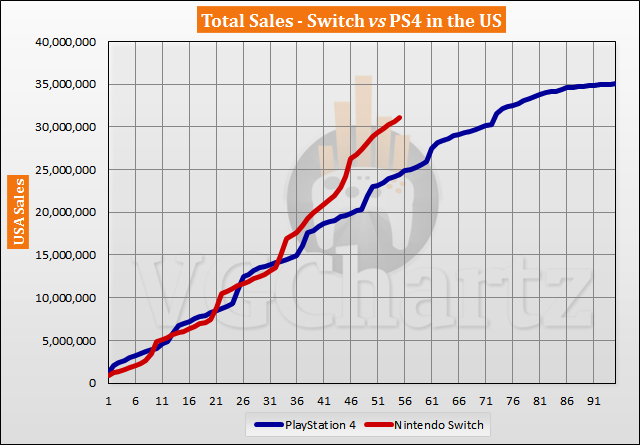 The PS4 did not reach the current Switch sales until month 73 where it sold a total of 31.52 million units.

The PS4 has been available for 95 months in the US and has sold 35.04 million units. The Switch is currently 4.00 million units behind the lifetime sales of the PS4.

Switch can sell 40 million in the US.

This race is over in 6-7 weeks