Sega and Microsoft have announced a partnership for a strategic alliance exploring ways for Sega to develop large-scale and global games for the next-generation built using Microsoft's Azure's cloud platform.

The alliance would be a key part of Sega's mid to long-tern strategy and allow the company to move forward with its "Super Game." It is an initiative to develop new and innovative titles with a focus on "Global, Online, Community and IP utilization."

Sega says the proposed alliance represents its future and working with Microsoft will help anticipate trends. The goal is to optimize development processes and continue to release high-quality games to players using Azure.

Sega and Microsoft have agreed on a foundation for the alliance and will work together to build further technological evolutions with areas like network infrastructure and communication tools used for global online services. 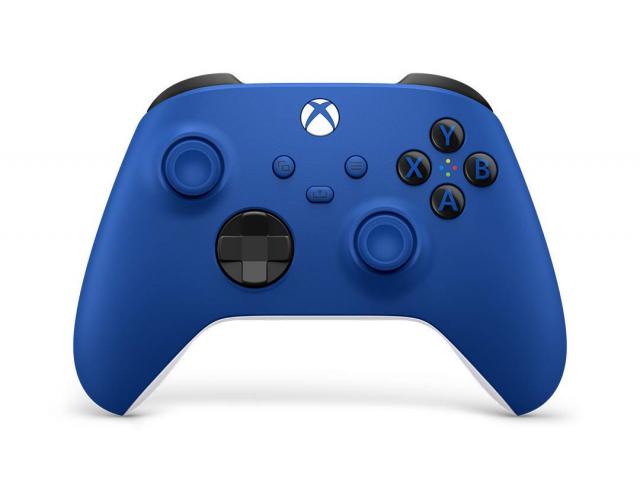 "We are very pleased to announce today that we are considering a strategic alliance with Microsoft to help develop SEGA's new 'Super Game' initiative as well as build a next-generation game development environment," said Sega President and COO Yukio Sugino.

"By considering a strategic partnership with Microsoft, we seek to further advance our game development so that our titles can be enjoyed by fans all over the world; in this regard, we aim to build an alliance that utilizes both SEGA's powerful game development capabilities and Microsoft's cutting-edge technology and development environment."

Microsoft CVP Sarah Bond added, "SEGA has played such an iconic role in the gaming industry and has been a tremendous partner over the years. We look forward to working together as they explore new ways to create unique gaming experiences for the future using Microsoft cloud technologies. Together we will reimagine how games get built, hosted, and operated, with a goal of adding more value to players and SEGA alike."

Before people jump to conclusions. PlayStation did the exact same thing with Microsoft. We're not seeing them buy or get exclusive PlayStation games are we?

That's how I thought of it too. If anything, I see it to be meaning either bad news or good news because it could mean Sega is just wanting to improve their online functionality of their games, or they're wanting to go fully online with all their games. I'm hoping it's the first option.

This basically kills the idea of Sega being the next big one bought by MS. They wouldn't be announcing this Azure deal like this if they were also working on a total consolidation.

I wouldn't expect this to mean Sega games would be coming exclusively to Xbox and PC. This is a deal with Sega using Azure. At most I see more Sega games coming to Xbox that have skipped the platform and/or some titles coming to Game Pass.

But this could help Microsoft when negotiating exclusive deals.

It is possible, as it strengthens their relationship. However, that isn't certain to happen.

Nah, not really. Azure and Xbox departments have likely nothing to do with each other. In big companies like Microsoft one department is treated like the customer of another department.

Sony is using Azure for PlayStation online services as well. It's not like there are many cloud infrastructure providers on that scale: Microsoft, Amazon, and Google and AFAIK Google is already falling behind. You can make a safe bet that sales people of Azure services are completely different people from those who make Xbox platform deals and each sales person only looks for their own financial compensation.

You're totally right. However, when Microsoft is looking at potential acquisitions, the deeper the corporate partnerships the more attractive it looks. Same as how Sony likes to buy studios they have deep relationships with, Microsoft might prefer to buy companies already using their products and services deep within their workflow.

Conversely, Microsoft may be happy to let Sega stay independent, keep doing their own thing, and let the cheques keep rolling in. :)

Doubtful. From the sounds of what Sega is trying to do limiting your userbase is the exact opposite of what they want to do. Then again they still haven't brought PSO over to PS4PS5 in NA so what do I know?

Though we could see them excluding PlayStation as much as possible. Like making games for Switch and PC mostly. This still helps Microsoft make money and it would be weakening the position of Sony.

Maybe, maybe not. This deal appears to be specifically for Azure tech. Sony did the same thing with MS last year. This may build relationships, sure. But there's no way SEGA is doing this if it means they are going to stop PS from their software conversation. No multiplatform company that is operating on all platforms is going to jeopardize their software by ignoring the PS brand.

I mean, Sega just let Nintendo put Genesis games on their paid online platform. They don't seem to be in any exclusivity mood.

Microsoft also let Nintendo put Banjo Kazooie on Switch Online Expansion Pack too, so even if they did own Sega they might have let that happen. :)

This sounds it could lead to good things. I just hope they won't forget us single players.

Wow! I didn’t see this coming.

You didn't? If a company is looking for cloud services on a global scale, there is roughly a 40% chance they'll go with Azure (40% Amazon, maybe 20% Google, the other players are so small in comparison, I don't see the point in mentioning them at all).

This has nothing to do with Xbox.

Haha that’s what I would have guessed

Sega getting bought by microsoft? Will we see it?

So the spiritual succussor is teaming up with the OG succussor. Interesting