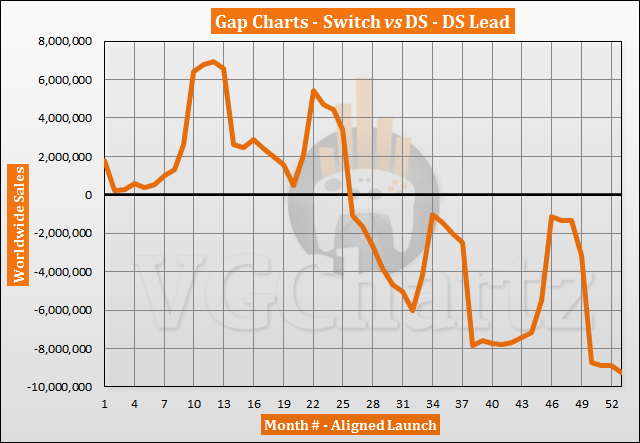 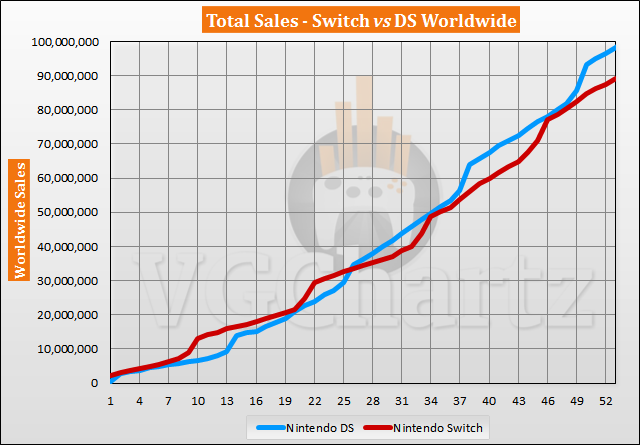 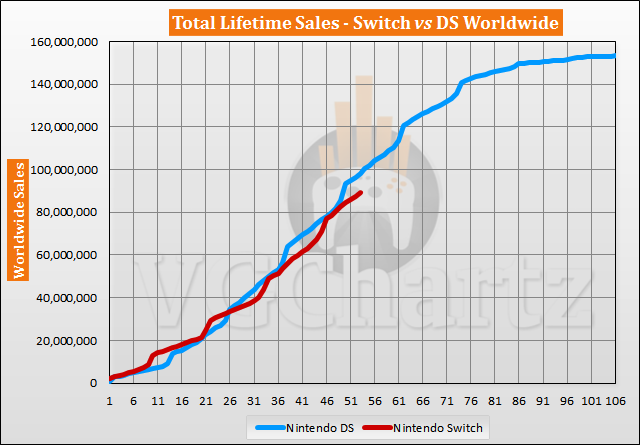 July 2021 is the 53rd month that the Nintendo Switch has been available for. During the latest month, the gap grew in favor of the DS by 365,068 units when compared to the Switch during the same timeframe. In the last 12 months, the DS has outsold the Switch by 1.49 million units. The DS is ahead of the Switch by 9.26 million units.

The DS is tough competition. Well, what else did we expect from the second best selling console ever. It is amazing that Switch could keep up with DS as long as it could, but now it loses momentum after both having their respective holidays. I don't think Switch can recover here, but if it end ups just 10 or 15 million units short of DS, this will make Switch still the 3rd-best selling console ever.

I withhold judgement until the release of the OLED model. It's possible that the slip in sales is just due to the wait for that model and could thus the current short-term trend entirely get reversed after it's release.

Switch can close the gap to 2 mil if it can match last year's holiday. Also, the thought of the switch passing 100 mil in under 5 years is just insane.

If the Switch doesn't catch up significantly after the OLED model launch outselling the DS will become impossible.

I agree to some extent. But it also comes down to the life of the switch. If they go 36 more months without even announcing a replacement (meaning another October announcement and march launch), I think the switch will do surprisingly well in comparison.

25-28 million this year is expected. I think it would match the ds next year. Then it will start gaining ground on the ds which was replaced 6 and a half years after it launched. If the switch has a full year longer lifespan, that's going to add up to a lot more units sold when comparing them.

Switch is only 1.5m behind the DS when you look at the past 12 months. That actually isn't much when the systems are selling close to 30m a year. Switch will be close to DS's total after the holidays. Also, the DS really only has one good sales year left and then its sales plummet hard. Switch is going to pass DS in the long run. Nintendo can keep Switch's sales going for a long time, because even when the Switch's successor is released Nintendo will only have to support 2 systems instead of 4 like it used to.

The OLED is a boost to expect, but so far no price cut happened yet, they can slow down the decrease for very long on next 2 years with price cuts or more generous packs.

They have a lot of options & potential

I can see a cross, if the OLED model flies off the shelves and if Switch peaks this year. The upcoming DS holidays were weaker than last year, but DS would definitely re-cross, if a cross even happens.

Switch will have a new model, still has no price cut and has a stellar year in 2022. It will have a long life cycle, i don't think we should count it out just yet.