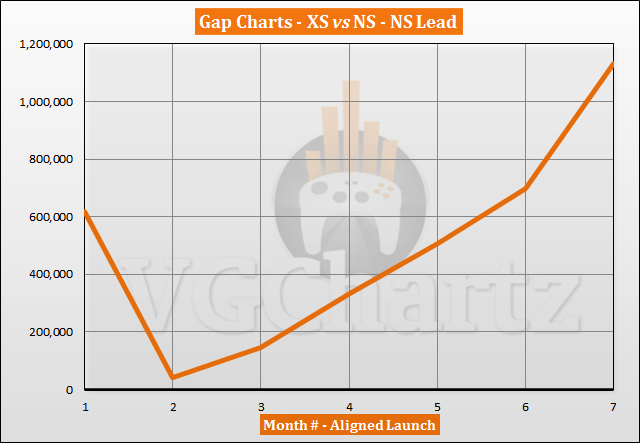 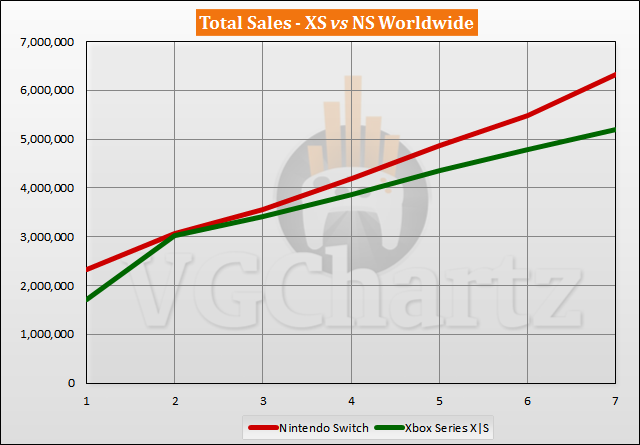 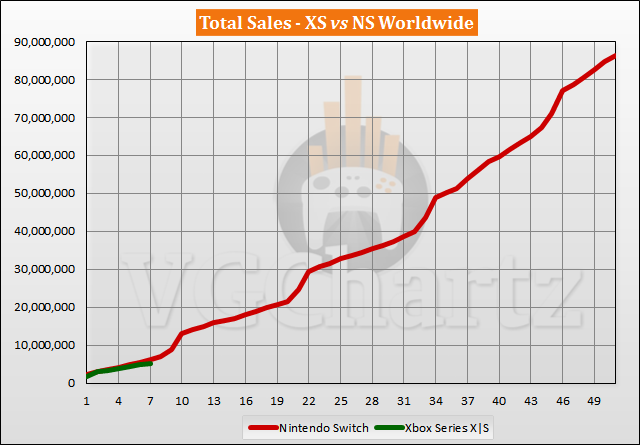 This is a surprisingly close race, or at least it was at the beginning. The gap is quickly growing each month now.

Yeah, XS will not be able to compete, but at least it ain't such a curb-stomp as it was against the XBO.

Yup it could be a lot worse. I'm very curious to see how well the Series consoles do over the long run.

Well, that depends on how well Xbox does at the start of this generation.

Like Nintendo, Xbox consoles do not have a large base of users, who buy the console de facto day one. People usually prefer to watch how the generation unfolds, and then decide whether or not to buy. That's why NS and XS are so close now.

If Xbox proves its strength in the first two years, maybe they can try to follow the rise of NS and convince the public.

I think it will do better than last gen and possibly outsell the 360 but it has no chance against the Switch.

The problem with this graph: one have one holiday and another have nothing.

Considering the NS was basically willed to fail, it has defied all expectation and rules of decency to be so successful!

The real test will come once all the early adopters and brand loyalists driving its sales so far own an XS.