The Medium Rated for PS5 - News

The Entertainment Software Rating Board (ESRB) has rated the The Medium for the PlayStation 5.

The third-person psychological horror game from developer Bloober Team originally launch for the Xbox Series X|S, PC via Steam and the Microsoft Store, and Xbox Game Pass in January 2021. 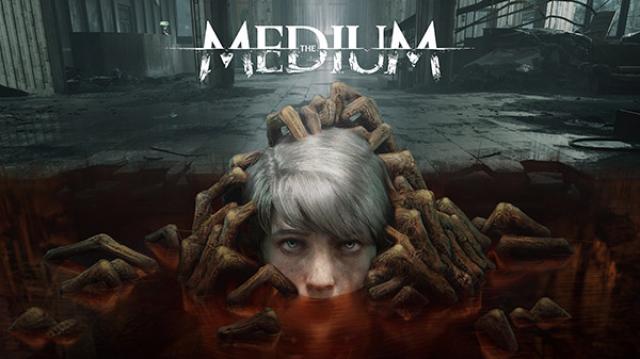 Here is the description of the game via the ESRB:

This is an adventure horror game in which players assume the role of a medium investigating an abandoned communist resort in Poland. As players explore dilapidated buildings, they can transition to a spiritual, hellish realm to help solve puzzles and interact with characters. Some interactions unlock sequences that depict instances of violence: a character shooting a girl (off-screen); a character beating and choking a bound man from a first-person view; a man being pummeled by another character. Some areas depict large blood stains on the walls and floors; one sequence depicts a bathtub full of blood. The words “f**k” and “sh*t” are heard in the game.

Ooooh, if this does indeed come to PS5 I'll be looking forward to it, along with The Falconeer :D

Well they get oddworld neither are really exclusives anyway

Not surprising, Blooper games all seem to eventually be ported to other platforms after a timed exclusive period. I love horror/survival horror games so I can see myself trying this game eventually.

The Falconeer was first and looks like The Medium is next and not too long after that I presume Stalker 2 is up afterwards for multiplat announcements.

Stalker 2 has already been announced to have 3 month platform exclusivity (barring any new updates).

Not sure what all the fuss is about, this was revealed as a timed exclusive and part of MS’s deal with Bloober. I had fun with the game, hope PS5 users enjoy it. Maybe they’ll do some cool gimmicks with the controller.

Good to see the Playstation getting some more games....

Smart strategy by Blooper. Let the game debut on gamepass to generate a lot of word of mouth and get some up front money from MS for timed exclusivity. Now allow more people to experience it on PS5, and expand the audience.

Not sure I would pay full price for it though. I enjoyed it, but better utilization of Maw would have made for a better game experience IMO. 50 bucks is a little steep for what it is.

Not a good look for xbox, ooof

Wasn’t it always known to be timed exclusive? It was part of a 3 game timed exclusivity deal with Bloober which also included Blair Witch and one other as I recall.

Sony has quite a few timed exclusives of their own from similar mid tier studios, including Kena: Bridge of Spirits.

It was always timed but it's the only "exclusive' xbox got so far this year xD Not saying The Medium is a huge game or anything.

I mean, technically it's the only exclusive so far this year, but they also have Second Extinction from Avalanche's Systemic Reaction studio already released in early access as an Xbox timed exclusive. And by the time this releases on PS5 in late July, The Ascent and Flight Simulator will have already released on Xbox most likely, as The Ascent has already been dated for July, and Flight Simulator for Xbox Series is scheduled for a "Summer" release, and has now been rated by some of the rating agencies, which implies a release within the next 2 months most likely (June or July).

That's true that have some cool looking indies (Ascent looks dope) but Xbox is getting the perception that they don't have any games right now, and rightfully so. It's been a meh release year. Flight sim and Psychonauts is something even if it's ports/multiplats.

With some playstation titles being delayed, it doesn't look nearly as bad as before.

Can't wait for MS's Studio to start firing on all cylinders

Oh yeah, I also forgot that MechWarrior 5 just released as a console exclusive on Xbox in May.

It's true that Xbox Series has been light on exclusives since launch, especially compared to PS5, but the situation for 2nd half 2021 is looking much better for Xbox.

Everything but new Bethesda games. ;)

Not gonna' lie, as a primarily PlayStation gamer that does kinda' sting a little... but I'm already planning on getting a Series S at some point anyway, and I have my PC already, so it's not as bad as it could be, just means I'll be splitting my gaming across more platforms when the games release lol :P

The best way to do it. Not being tied to one platform and gaming across several is very liberating when you no longer have to worry about such things.

Yeah, to be fair I've always ended up with every console each gen anyway, and a Series S will be coming within the next year or two, so like I said; even though it stings a little, it's not so bad since I'll always be in a position where I can play games anyway lol, there's a whole thing about PCMR, when the real one is surely MMR, Multiplatform Master Race, lol :P

The most liberating way is to just have one machine and enjoy it. Clean, streamlined, simple. Bethesda will be out for me, so be it. I don't need to play everything, just what's most essential to me.

If you do not allow yourself to get attached to any IP outside of 1st party, then yeah I guess that can work. I however need the next Elder Scrolls game just as much as I need Zelda or God of War. Plus I always said if MS every greenlite Fable 4, that would be a must play for me too.

A 3rd party can always be bought by someone or have exclusives like Bayonetta contracted as a perma exclusive. No IP is truly guaranteed outside of existing 1st party to remain on any platform. To me, being able to play whatever I want is true liberation, but if you do not care about losing the ability to play some IPs in the event of a deal or acquisition more power to you.

Think with your brain and not your heart. You will not be as disappointed if Sony doesn't allow gamepass on PS5 (the only way it gets the games). But hey, comments like this are always good for a laugh!

I explained my reasonings to you why before, but you don't want to accept it. Just keep this marked down for when you are proved wrong.

Oh believe me, I have it marked down. And as I said before, your reasons were drawn from your heart and flawed to say the least. But if lying to yourself keeps you happy, more power to you. It honestly doesn't affect me either way and don't really care, I just see the writing on the wall.

It's not coming from my heart, since i'm not that much of a fan of elder scrolls/fallout. Only played skyrim. And fallout new vegas was great, 4 was ok. But it's not like I'm expecting great things to come for the series.