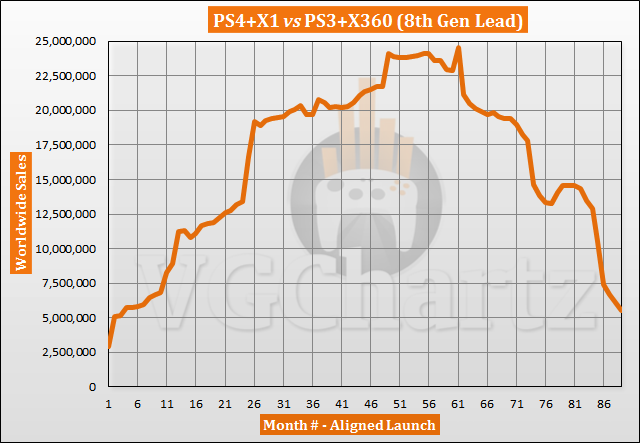 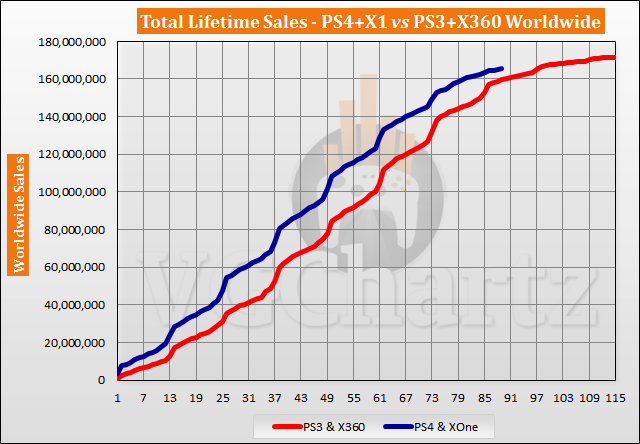 Yea i don't think they will make it. PS360 gen was really strong towards the end.

actually PS360 weren't strоng at the end, just the PS4XB1 are very weak..

Strong and weak are relative terms. So it's kind of splitting hairs. Ps360 seems as though it will be stronger than the weaker.

But yeah, surprisingly, I don't think the sony and MS gen 8 consoles will outsell the gen 7.

yeah we've got full backwards compatibility this time, that's going to make the PS4 and Xbox completely fall off a cliff once next gen is in stock

In my opinion, there is only one reason (besides the 20 other reasons): NO PRICE REDUCTION for PS4

PS4 and XB 1 did a much better job though. They did not burn money and they managed to get to the 160 million mark must faster and more profitable. If it took a year longer for the PS5 and Xbox series to arrive they might have slightly outsold it. But there's more to a generation is succes than simply the total amount of consoles sold

Wow even with a mid generation Pro console from both companies that catabolized its user base and artificially raised sells but not actual user count (as people upgraded from base to pro) . We still see it come to ~5 million difference. This means that if greater than 5 million people upgraded from a base system to an pro then the market actually shrunk this generation

You could make that argument for the gen 7 consoles too though. Even without a "pro" model, they still had revisions. I know people who bought a 360 elite even though they already had a 360. Launch ps3 owners probably wouldn't have replaced theirs unless it was no longer functional.

And not every person who bought a red ring 360 got it replaced. There's always people who are unaware of those types of things. So they would have just bought a new one.