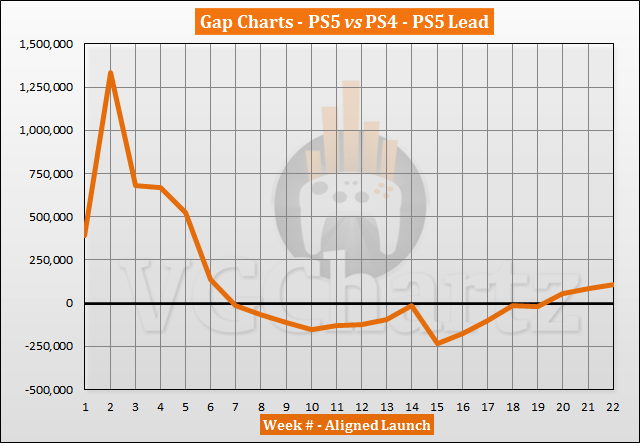 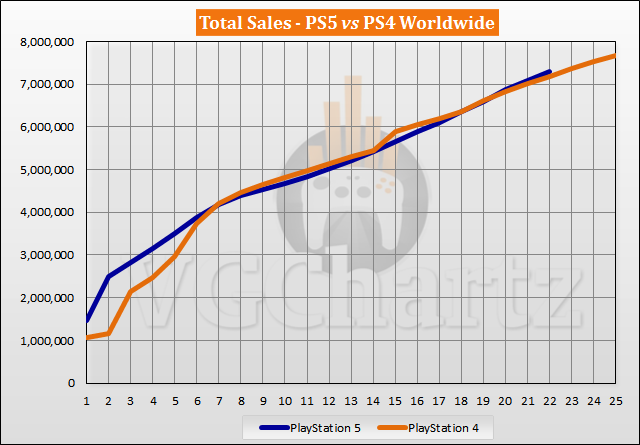 Impressive how the PS5 is pulling ahead of PS4 even tho we’re in the middle of a pandemic and its suffering from shortage of some parts!

This "Pandemic" is a transformation of our world toward more virtuality than ever before, this should increase a lot the global size of the video game market in the coming years.... We all know by now, even those in deny, that Nintendo created the COVID 19 to sell Animal Crossing.

Right. There might be chip shortages, but a lot of the issue is the increased demand for electronics. So while the ps5 has limited supply, it also has boosted demand. If not for the pandemic, the demand wouldn't have risen, and the increased demand is only worsening the chip shortage. Take the pandemic out of the equation and you would have the ps5 selling the same as it is now just like the ps4 did. But it would be easily available.

Pandemic “helped” all consoles, but at the same time hurt semiconductors production, meaning that sales for PS5 would be higher if not for the shortages.

Still, despite the shortages, it’s outstanding that the PS5 is outpacing a console that was already successful.