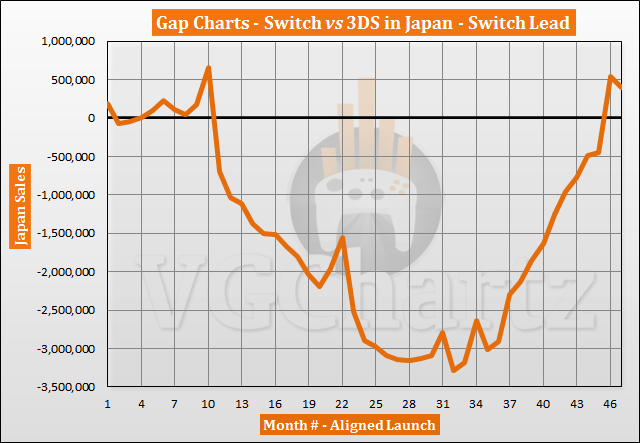 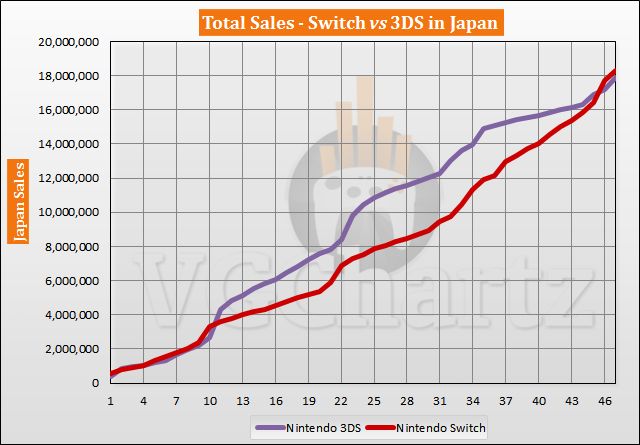 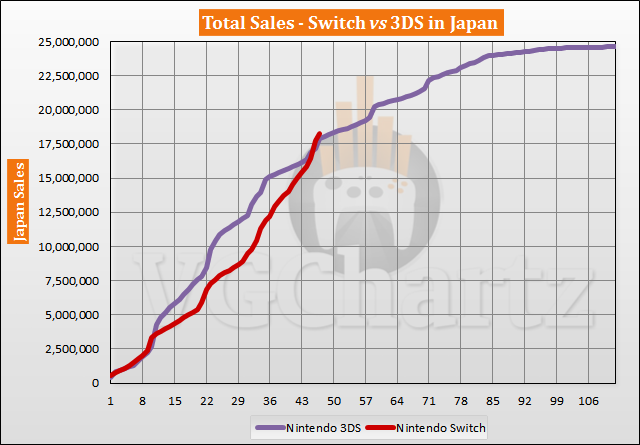 January 2021 is the 47th month that the Nintendo Switch has been available for in Japan. During the latest month, the 3DS closed the gap to the Switch by 135,910 units when you align the launches. In the last 12 months, the Switch has outsold the 3DS by 3.41 million units. The Switch is currently ahead of the 3DS by 398,047.

The 3DS has sold 24.64 million units lifetime in Japan through January 2021. The Switch is currently 6.36 million units behind the lifetime sales of the 3DS.

It's kind of crazy that the switch already outsold the 3ds worldwide, but it's still 6 million behind in Japan.

Yep 3DS was massive in Japan

No wonder 3ds buried ps vita on its arrival

This looks like the Switch vs. Wii worldwide chart. Very competitive!