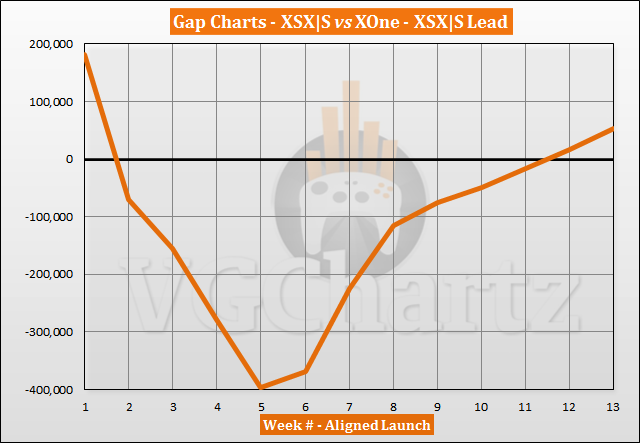 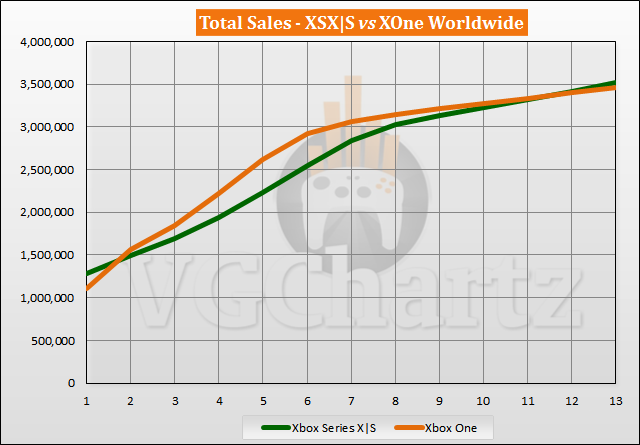 Hopefully the X|S sells more. All gaming consoles should have a somewhat successful run if the company isn't doing anything atrocious at the time

Xbox Series X and S vs Xbox One (launch aligned)

And that is just the German market.
A launch comparison is rather pointless in a situation like this.

Man, that console is struggling to keep up with a pretty much failed launch from 8 years ago. And this is with a version priced at $299.
I honestly believe that MS have no idea what they are doing, they just gonna spend capital out until something sticks.

A failed lauch? The XBO had a really good launch.

First off it's BOTH the X and S combined not just the S, next the supply is heavily restricted as in as soon as the consoles hit the stores they are bought up almost instantaneously. Comparing both sales is interesting but beyond that they almost impossible to compare, the fact that the new consoles sales are actually above the Xbox One at a comparable time is impressive as the Xbox One initially sold well and the new consoles are supply restricted.

You do realize it's sold out right? Any stock they get in is selling out. That $300 Series S when they get more stock is gonna look really good for the 2021 holiday season.

The Series S needs way longer to sell out less stock.
On Amazon of Germany for example the PS5 and Xbox Series X always sell out completely immediately, the Series S always needs way longer to sell out, is basically easier to get. It's like with the Switch Lite, people expect it to do way better than it ultimately does. Not that it's a flop, it just won't carry the XBS. Will be like 20-25% max in the end probably.

So much wrong with this:

Xbox One wasn't a failed launch, it's first month and a half of sales was one of the largest of any game console to date in a similar time frame, I think only PS4, PS5 had a stronger first 7 or so weeks of sales. Xbox One even beat consoles like Wii and PS2 within a similar time frame of the first 7 or so weeks on the market. Xbox One was actually tracking ahead of Xbox 360 for quite awhile, I believe 40 months, more than 3 years.

Xbox Series is suffering from severe shortages right now, it's still selling out as fast as they restock it, and that situation is expected to continue until around May- June now. AMD is suffering a semi-conductor shortage and that is in turn affecting both Xbox Series and PS5 stock. Xbox One by comparison was available on store shelves by this point, February, you could walk into just about any store that sold games and find one.

I'm positive Microsoft knows what they are doing!