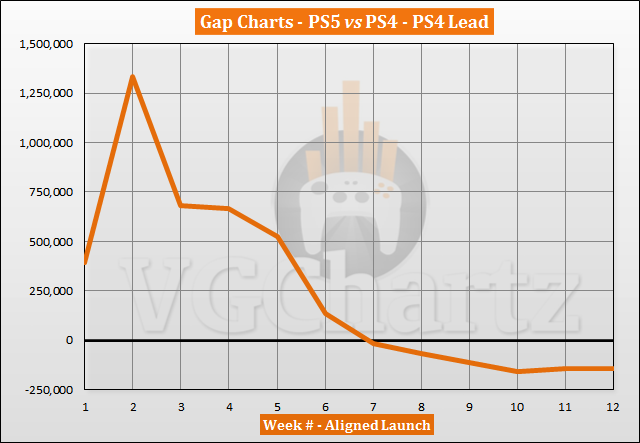 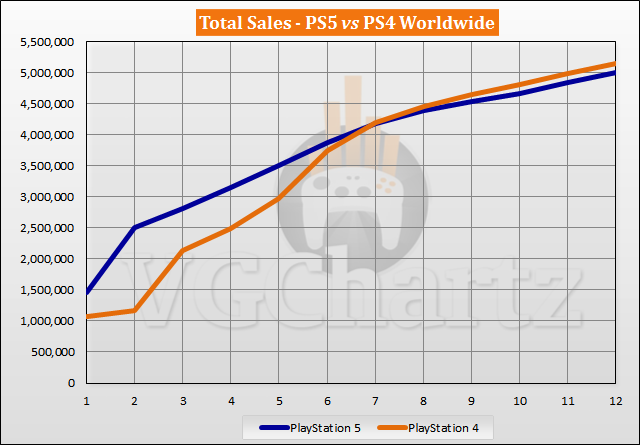 Could potentially change later this year, but it puts the ps5 launch in perspective.

Edit. Just to be clear, I doubt the ps5 will do much better than ps4 this year.

It could, but this graph will really go in PS4's favor when that Japan launch comes.

What do you mean by Japan launch 🤔

The PS4 didn’t launch in Japan till March of 2014, the Ps5 has already launched there. The first week of PS4 sales were 310k or so. For quick reference that is about what the PS5 sold in its first 12 weeks in Japan. His point is that the PS5 won’t keep up once the 4 launches in Japan.

Whattt is this real ? Hahaha then ps5 is no where near PS4 hahaha

So even with a better launch, PS5's availability problems are slowing down sales below the PS4? Also, the PS4 is yet to release in Japan, isn't it? The PS4 is not at full throttle yet and it's alreading beating the PS5...