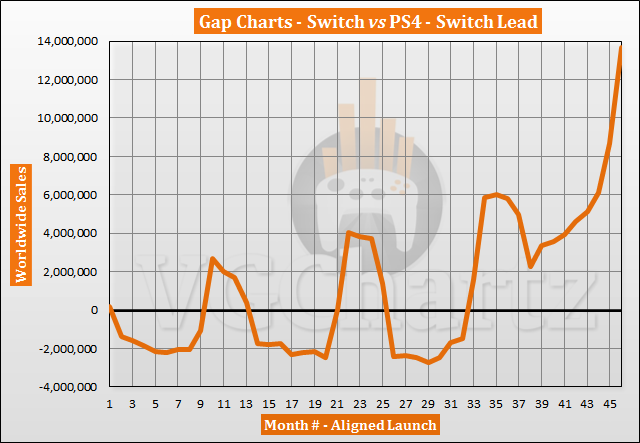 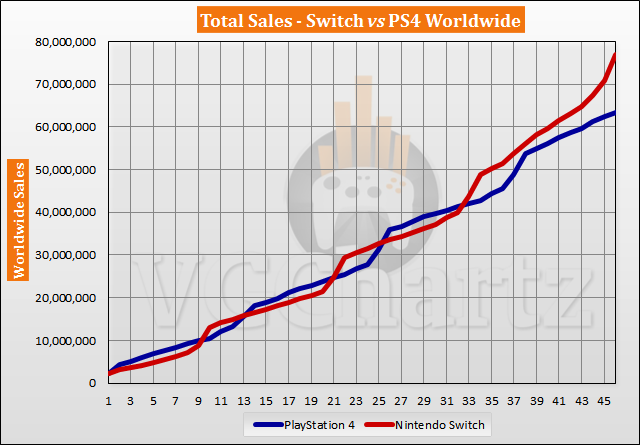 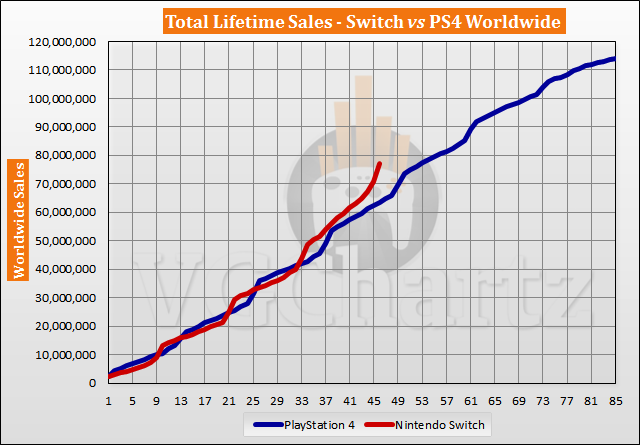 It's just going up, not down.

If you hold the graph upside down, then they were right.

If 2021 is anything like 2020 it should pass the PS4 next year. Since PS4 is selling a lot less now than what people expected I don't think it will do more than 120 million life time (maybe less).

Edit: Yeah, the PS4 might even stay below 120 million.

Back then maybe a year or 2 ago that's what everyone was saying, but seeing the sales of the PS4 drop hard is making people think differently. The PS4 might have the worst legs for a PS system after it's successor is out.

the legs are because multimedia device plus low prices.

The PS4 sold out of so much inventory, and now the PS5 is on the market. Sony won't be ramping up PS4 manufacturing to meet demand of the previous generation. Especially not when they are trying to ramp up manufacturing for the new toy.

Crazy knowing 1 year ago most people thought the PS4 would finish on top or atleast very close to it.

Yeah. I kinda figured the only way the ps4 would continue to sell well is if the ps5 didn't have a good launch. Ps4 will sell 5 million this year max. And that's probably generous.

Yeah. You never know about price cuts and bundles. But 5 million is on the absolute high end.

That would be perfect but I don't think Nintendo can sell around 37 million in 15 months with just one Holiday season and vgchartz is close to the official number usually.

Around there. They'll be announcing shipped through the end of December soon if they haven't already.

Nintendo will publish their Q4 sales on February

You're not Real xD

My goodness that lead...

I was expecting that lead by watching the weekly sales but still impressive to see when the PS4 was dominating the market for a whole gen. We might have a potential "best selling console of all time" candidate here with the Switch and it is a healthy sign for the industry. Feel like PS2 and DS had their time. First hybrid console to make it on top would be exquisite, even more knowing it was Iwata's project.

I don't think the PS4 will ever recover from this deficit, it is more likely than not the Switch will eventually outsell the PS4.

This is like the switch and PS4 are two cyclists talking to each other and the switch just went. 'alright this next turn is mine.' PS4 never catching upto the switch again unless switch forgot his water bottle or something

It wasn't that long ago when this race was back and forth and could have gone either way...

Remember that the PS4 was very long the leader of the 8th Gen.

Still is. Beat the Wii u and xbone. That's wrapped up.

Yeah. I think the releases will tighten up for gen 10. So there won't be much debate after that.

No. It would have to be 10 I suppose. It's like the Saturn and dreamcast. Sega was actually defining the generations in the 80's and 90's due to their odd release schedules. But it's more about the collective releases so you can define time periods. It's like generations of people. Some people don't fit the traits of their generation, but it is defined by time periods.

Does it matter? No. It's like any categorization. It just needs to be logical so it's easy to talk about groups of things together.

Yea but the thing is next gen Switch won't come until like end of 2023 but more likely 2024. Switch is also succeeding the 3DS and the handheld/home console were always off by some years

Interesting that Nintendo puts sell-through for Switch for end of December at over 74 million. Will be interesting to see how vgchartz revise down their numbers over the next three months to get closer to the truth for when Nintendo next reports.

Rest easy old champion. The Switch will overtake Sony's 8th gen champion the PS4. Congrats Nintendo. Hey VGChartz, get that PS2 and PS5 comparison charts ready for next year please. Things are only warming up now.

Can you please not talk about the PS5 in every article regarding the switch? Also we don’t have sales number by month for the PS2 so your asking for the impossible, unless you want us to make loose estimates 20 years after the facts based on older articles, less centralized databases, and irregularly planned shipped by quarter.