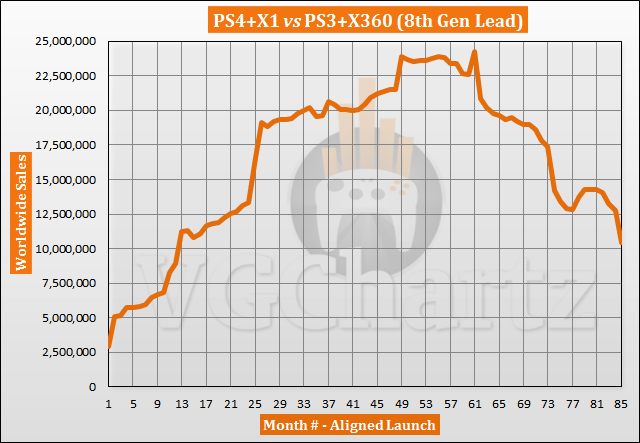 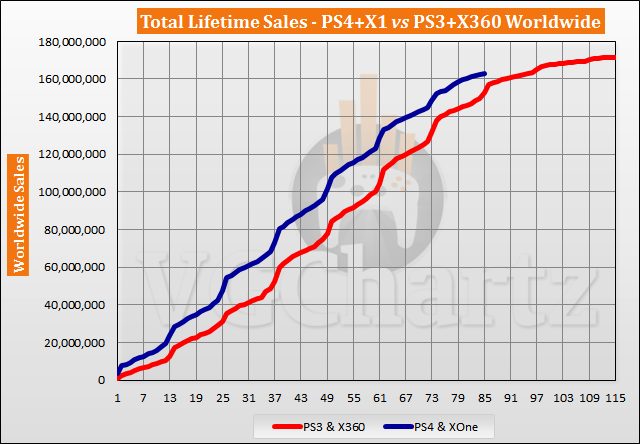 Gen 7 really peaked later in their cycle. It will end closer than we would have thought last year.

actually ps3 and 360 were just barely better selling in the next gen holiday of 2013, however here we have the 2012 holiday of the 360 soo there is bigger difference

This is going to be an incredible chart to follow this year. There is a 10 million gap. The XB360 had an incredible ending, therefore it will be a tough competition. Just as reference, X360 november was 2.4M vs the PS4 sold 0.6M. This chart will probably have a photo finish.

Surprising how similar sales were when comparing sony and ms gen 7 and 8 consoles. As many units less that the xbone sold, the ps4 sold that many more. Seems as though the traditional console market has stabilized. But when considering the Wii and Wii U, it was a harsh downturn from gen 7 to 8.

I will definitely be curious if sony and MS gen 8 can surpass their gen 7. It will be close though.

Sony PS4, the glorious old champion, will still have some fight left in it these next 3 years. This chart will be in favor of the 8th gen consoles another 7 or 8 so million more units by 2024.