Cyberpunk 2077 on PS4 and Xbox one After Updates will be 'A Good, Playable, Stable Game' - News

To say there are technical issues and bugs on the last-generation versions of Cyberpunk 2077 would be an understatement. The game on the PS4 and Xbox One at times drops below 20 frames per second.

CD Projekt RED’s Michał Nowakowski in a conference call with investors said the team is working on two major updates for the game that will release in January and February that will make it "a good, playable, stable game." The main goal of the updates will fix the glitches and crashes with the game.

"Come January and February you’re going to see larger improvements – which we’ve stated already. We have also stated that if your expectation is that the game is going to be equal to, say, nextgens or PC in terms of performance, that definitely isn’t going to happen," said Nowakowski. 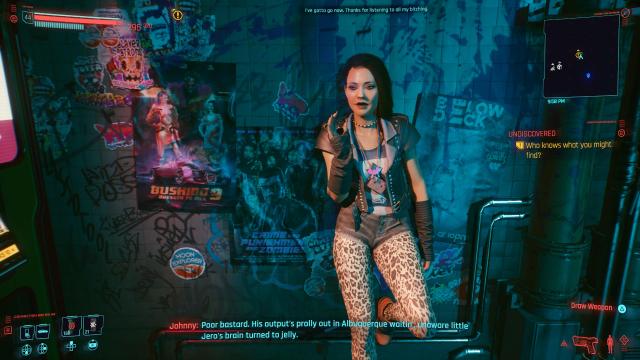 "Having said that, I’m not saying it’s going to be a bad game – but if you’re expectations regarding, say, visuals or other performance angle, are like this, then we’re openly stating that’s not going to be the case. It will be a good, playable, stable game, without glitches and crashes, though. That’s the intention."

Cyberpunk 2077 launched for PlayStation 4, Xbox One, PC via Steam, Epic Games, and GOG, and Stadia on December 10. A next-generation will launch later for the Xbox Series X|S and PlayStation 5 at a later date and will be a free upgrade for those that own the PS4 and Xbox One.

I imagine it will be for me on PC as well, whenever they decide to sort that out.

Same team that also said Cyberpunk after Day One patch is like a completely different game? How many Day One patches are there going to be?

Just wait till next gen versionsrelease

I'll wait until the next gen version ultimate edition is like 10 bucks used.

And how are they able to tell? They had a whole generation and the result was this.
Why should I - or anyone else - believe that 2~3 months will suddenly change all of that?

I hope so for their sake.