If there's one thing the Xbox Series launch deserves credit for it's the pleasant surprise of solo indie developers staking a claim.  This particular example is by Chinese developer FYQD Personal Studio.  What began as a side project that made it to Steam Early Access last year, Bright Memory evolved into a prologue of sorts; perhaps a "playable vertical slice" of the upcoming Bright Memory: Infinite is more applicable.  Rather than priming those interested with a free demo, FYQD decided to make this small game retail at eight dollars.  Despite promise within its mechanics, that frustrating financial demand leaves a sour memory.

You take the role of Shelia (She-lee-uh), a Science Resource Organization (SRO) agent sent to prevent a military organization, named "SAI," from stealing a powerful relic.  After a portal opens and whisks her away, she's arrives on a collection of floating islands near the Arctic.  Now she has to battle mystical creatures and corporate goons in order to thwart SAI's plans. 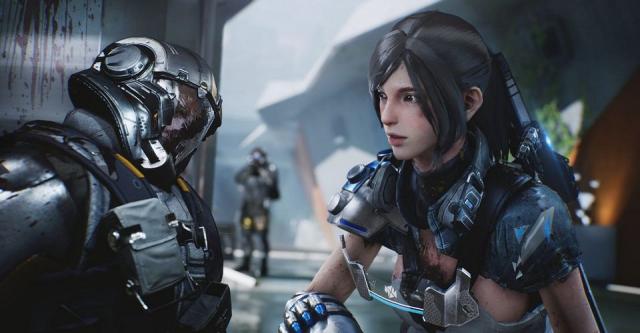 Time to be honest: I relied on Wikipedia for some of that information.  After a totally useless monologue by someone off-screen, you're dropped into the middle of halting something with which you have no understanding of its importance.  It's the equivalent of a generic short story starting at the fourth paragraph.  As said of it being a glorified demo, it's just about getting you to an arena to kill bad guys.

There are three characters called by name, yet you're given no context nor indication of their backstory.  You arrive at a new place and the first thing out of Shelia's mouth is "are we in the floating islands of the Arctic?" without a hint of comedy.  Just... go with it.  After this, you're on the hunt for the supposed antagonist while fighting through damp caverns and ancient ruins of unknown origin.  Considering how the best boss fight begins with you magically arriving there with no explanation, it's clear coherency isn't that important.

An unintentionally goofy script in a first-person shooter isn't much of a surprise anyways; in fact, it’s fair to say it’s par for the course.  Instead, where FYQD focused its efforts was gameplay.  Even in this limited campaign, Bright Memory has some things going for it.  For something not hitting AAA expectations, there's still a polished, visceral sensation to Shelia's limited arsenal.  Blended on top of ranged shooting are the melee and telekinetic elements.  A trusty blade capable of hitting single or multiple opponents with area-of-effect strikes can put you into a flow state of strafing, shooting, and slicing with ease; managing a multitude of enemies is akin to a juggling competition, but reaching the lauded SSS ranking depends on how skillfully you've drenched the ground in blood. 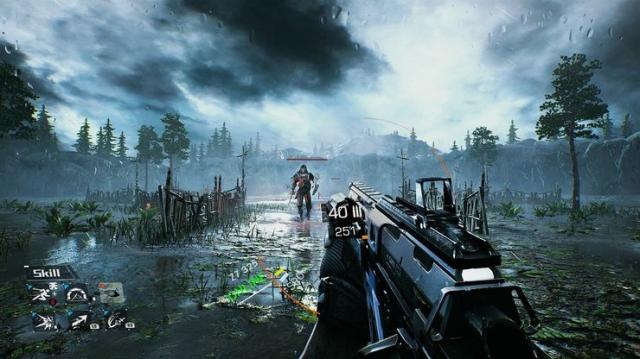 Netting better results contributes to the well-implemented upgrade system.  Since the intent is to run through multiple times, weighing the pros/cons of spending towards active or passive buffs the first time was an interesting dilemma.  There are a few neat abilities to appreciate, but how can I turn down a reduced damage buff?  Unfortunately, this praise fizzles out when considering the campaign's ephemeral length; there’s no sting in how you invested when that next ability will be unlocked so quickly.

For the sake of not rehashing the content criticism (for now), it's a shame how slick action is harmed by dumb design decisions and annoying bugs.  For starters, hit detection is questionable to say the least.  Moments of dash-dodges failing to register would disorient me because I was sliding away and simultaneously seeing my camera wobble from impact.  Although the enemy variety is impressive, it's a shame they share bullet-sponge uniformity.  At times, it seems Bright Memory wants to harness Serious Sam's ethos, but doesn't carry the same energy.  Finally, the few platforming segments are completely uninspired and prone to getting you stuck in the geometry. 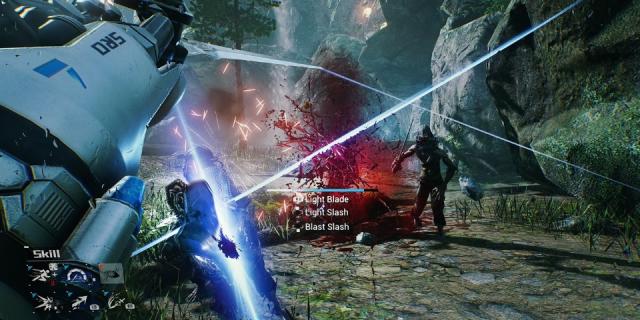 Visuals rank as one of the standout qualities, both good and bad.  The good being how insane it is to think of one developer managing all of these elements.  Thinking of all the iterations he had to manage just seems daunting to me.  Considering the constraints, FYQD put solid work into character models, lighting, and more.  My issues come down more to art style and horrid UI.  Aside from Shelia's other uniforms, from silly to scandalous, there's not much character to the world; in fact, the grimy look is muddy and off-putting.  Every time I see Carter at the beginning, I think I'm looking at a Cro-Magnon after a facial reconstruction surgery operation gone awry.

After considering the rushed voice acting and generic soundtrack, the only thing that holds up under scrutiny would be sound design.  Like the fluidity when vanquishing foes, the detailed oomph sells the impact of bullets and sword slashes.  There were rarely any audio inconsistencies either.

The elephant in the room I've touched on previously is value.  Regardless of whatever backstory or "explanation" there may be, you have to make a compelling argument as to why someone should spend eight dollars on your game.  To respond with an experience that can be finished in a half-hour (maybe less) is incredibly disappointing.  Sure, it has a structure that incentivizes New Game+ refreshes; however, you need to start at square one by making my first playthrough actually compelling.  Although they serve disparate functions, I couldn't help but compare this FPS quasi-demo to Astro's Playroom; then I remembered I enjoyed the good and the bad there at no extra charge.  Although I'm still somewhat interested, this avarice has made me think twice about Bright Memory Infinite. 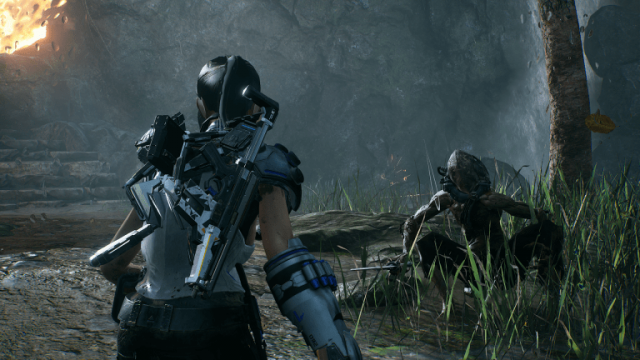 Before starting Bright Memory, I appreciated the growing democratization of the game developer scene and respected what the next-gen tools can accomplish for a solo developer; after playing it, I still held said thoughts... and didn't like the game.  It's one of those quintessential examples of an effective shooting/hack-n-slash rhythm being consistently interrupted by technical frustrations, design mishaps, and FYQD deciding to overcharge for a glorified tech demo.

Despite being one of newest writers on VGChartz, Lee has been a part of the community for over a decade. His gaming history spans several console generations: N64 & NES at home while enjoying some PlayStation, SEGA, and PC titles elsewhere. Being an Independent Contractor by trade (electric, plumbing, etc.) affords him more gaming luxuries today though. Reader warning: each click given to his articles only helps to inflate his Texas-sized ego. Proceed with caution. 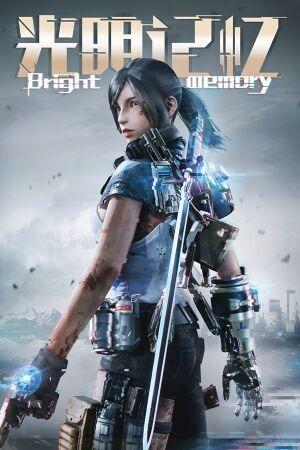