Fallen Legion Revenants Demo Out Now for Switch and PS4

MechWarrior 5: Mercenaries Headed to Xbox Series X|S and Xbox One in Spring 2021 - News

Developer Piranha Games announced MechWarrior 5: Mercenaries will launch for the Xbox Series X and S, and Xbox One in Spring 2021. On PC it will launch on the same day on Steam, GOG, and the Microsoft Store.

Piranha Games also delayed the release of the Heroes of the Inner Sphere DLC from December 10 to Spring 2021.

"We are excited and proud to announce that now, in addition to playing MechWarrior 5: Mercenaries on PC, it will also be available on the Xbox Series X|S and Xbox One," said the developer. "This will be the first MechWarrior title on a console since 2004's MechAssault 2, and in our opinion, the first true MechWarrior experience ever on a console. 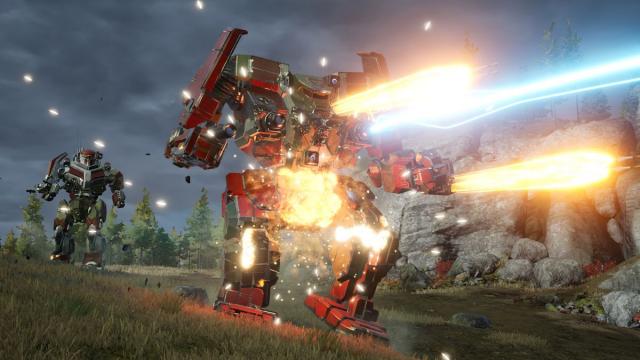 "Along with the Xbox release, this delay will allow us some additional opportunities that will benefit the game, as well as the MechWarrior community at large. First and foremost, the combined release on Steam, GoG, EGS, Microsoft Store, and Xbox consoles will give us more exposure and a broader reach than we've ever had before.

"We will capitalize on this increased exposure with our largest marketing initiative to date, bringing as many new eyes to the MechWarrior franchise as possible. This will give us more time to add improvements and quality of life features to the base game, including AI, UI, art, customization, and content. We will continue to tune the single player campaign and new career modes, making running your Mercenary Unit the most rewarding experience possible."

Probably the perfect title to show off ray tracing reflections to be honest with all those lighting effects and metallic surfaces.

Mechwarrior, there's a 90s classic. Does the PC version have VR? Cockpit like games are perfect for VR.

Wow, this brings me back to when I bought my first PC, and Quake II, Diablo, TR 1 and 2, I '76. DN3D, MDK, Hexen and MW2:Mercenaries were amongst the first games I bought, and still are amongst my fav ever.
I look forward to PC version, if reviews will be good, as soon as price drops a little and I'll have time, I could buy it on GOG. Hope they didn't dumb the control system down, I used to play it with a 3-axes joystick + keyboard. I recently bought a wireless console style controller compatible with PC and Android too, but I still prefer mouse, keyboard and joystick (and wheel and pedals for racing sims)

"First and foremost, the combined release on Steam, GoG, EGS, Microsoft Store, and Xbox consoles will give us more exposure and a broader reach than we've ever had before" You had that very same chance when you made it exclusive to EGS. You could have reached all 3 stores and more, but you chose the bribe money instead, making the game literally only one store only and no consoles either.

Xbox just gets me :) Mechwarrior 2 and 3 I played a ridiculous amount of time back in the day. Definitely will get the Series X version

I played my fair share of MechAssault back in the day. I'm ready for a more strategic take on the franchise now. Can't wait. :)

I do miss the good old MechWarrior days. The franchise just hasn't been the same.