The next entry in the Battlefield franchise will launch sometime in 2021 for the Xbox Series X and S, PlayStation 5, and PC. It is not known if it will get a release on the PlayStation 4 and Xbox One.

Wedbush Securities analyst Michael Pachter speaking in an interview with GamingBolt discussed the possible sales potential of Battlefield 6. He says the best-selling entries in the franchise, Battlefield 4 and Battlefield 1, launched during the same year the lowest-rated Call of Duty titles released.

Pachter believes it is likely Battlefield 6 will launch during the same year as a higher rated Call of Duty title, which will lower its possible sales. But if the game is great and marketed well it could still have a good launch. 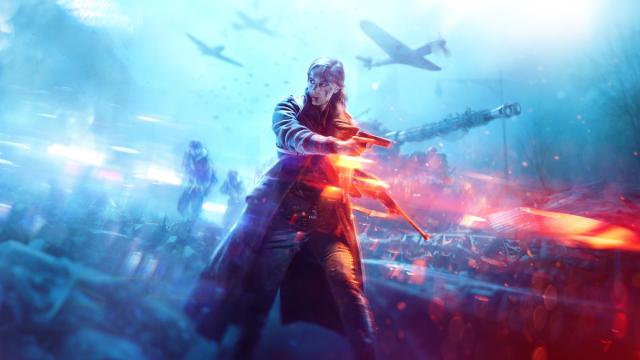 "I mean it still sold 8 million units, but the others have done 15 million. So I think that EA has a problem with Battlefield because it is so close to Call of Duty, it plays and looks the same. And obviously, there are fans of each IP for different reasons, but they are both military FPSes.

"So I think that the odds of Battlefield going up against another well-received Call of Duty are pretty high, so I would say Battlefield will sell worse than people expect, because it will be up against a tough competitor. But hey, if they make a great game, market it well, and have a good launch window, maybe they’ll fare better next time."

Let me guess the tone of the comments here... 'Blockbuster sales Confirmed'

Is VGC hurting for content so badly that we're really giving this guy a platform to be heard?

Well of course, because 5 sucked in a myriad of ways, and it's stupid asinine marketing and CEO pulling the *do not do* thing of saying "Don't like it, don't buy it" was what led to it's shortcomings.

BF has a chance to do well, they just need to focus on the actual real life focus that they had done with previous games. Stop trying to force "diversity" into a game that's primarily all about war, war has no time for that kind of thing, and that's not even what war games should focus on.

So it means it will break records but with less margin?