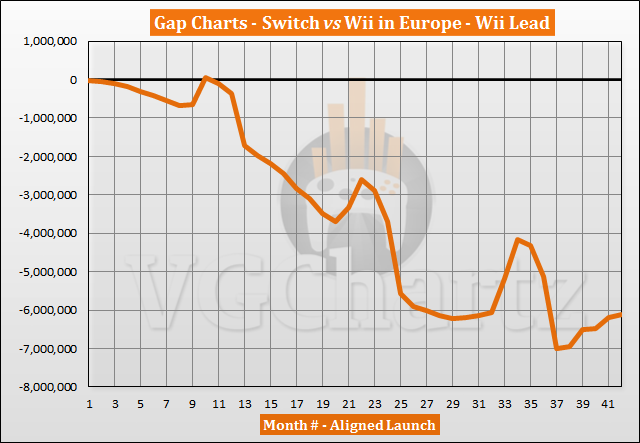 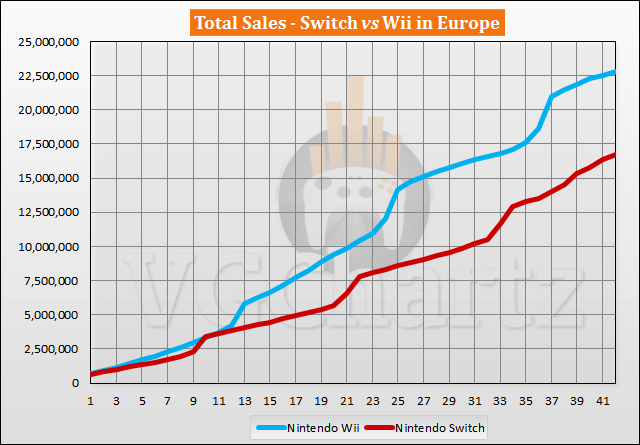 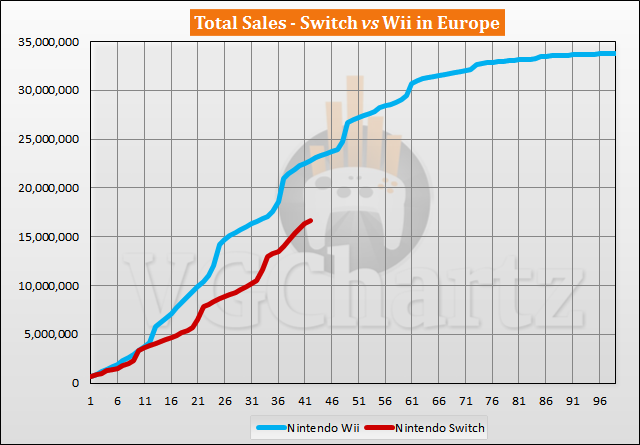 August 2020 is the 42nd month that the Nintendo Switch has been available for in Europe. During the latest month, the Switch closed the gap by 60,811 units when you align the launches of it with the Wii. In the last 12 months, the Switch has outsold the Wii by just 79,819 units. The Wii is currently ahead of the Switch by 6.13 million units.

Switch already starting to close the gap, but that will take some time to finally come to fruition.

In europe Switch has now the bigger momentum actually. You can compare it to the crazy momentum over the year that Wii had in year 2. It is still an extremely big gap to close.

Hopefully switch beats the Wii in every single region