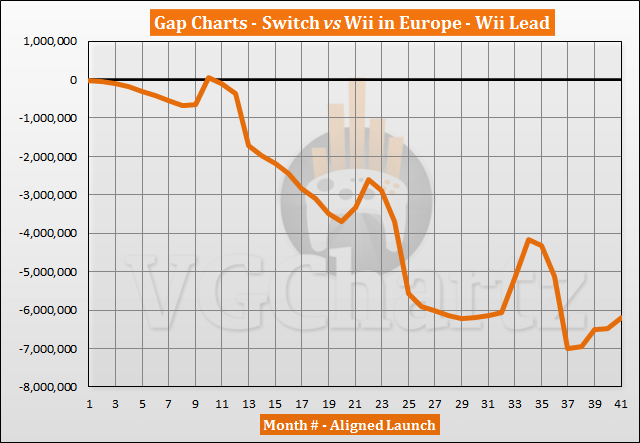 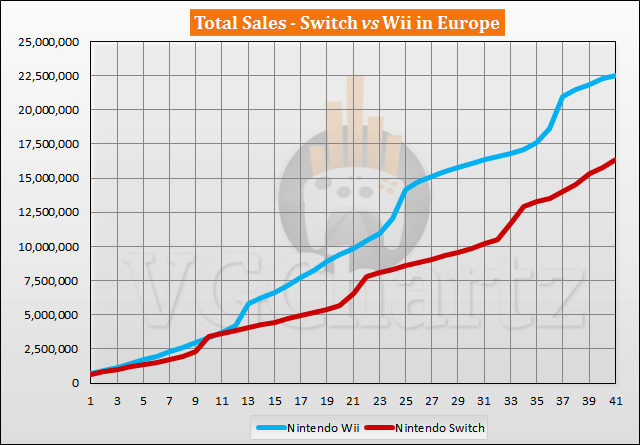 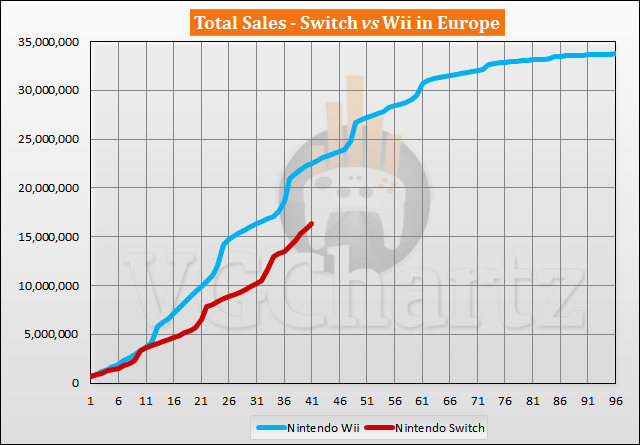 July 2020 is the 41st month that the Nintendo Switch has been available for in Europe. During the latest month, the Switch closed the gap by 280,33 units when you align the launches of it with the Wii. In the last 12 months, the Switch has outsold the Wii by just 22,987 units. The Wii is currently ahead of the Switch by 6.19 million units.

The Wii sold 33.88 million units in Europe during its lifetime. The Switch needs to sell another 17.54 million units to outsell the Wii.

Interesting. So far the Wii had the better momentum, this is the first year the Switch starts to have better momentum in the year. The past holidays the Wii outdid the Switch holidays shortly after. It will be interesting to see if this holiday period will be different. If yes, then Switch may have a shot at overtaking the Wii. But it will be a difficult thing, because the coming holiday is still pretty big for Wii.

I think Switch will over take it between week 66 and 71, and beat it by a few million.

I could see this going either way which is a good sign since the Switch has a shot of becoming the 5th best selling system ever in Europe but either way it should do over 30 million at least and get into the top 8.

This one will get very interesting. Switch is starting to catch up, but will it be enough to reclaim the 6M lead of the Wii?

Switch is buoyed also who want play on TV, Wii is only a home console, the gap is more than this

Now this is a race. Even though the Wii is leading, it was too front loaded and switch could overtake it or not. Either way it's gonna be exciting to watch and I hope the switch pulls through

Somehow I feel like Switch will not overtake Wii in Europe. I know it actually makes not a lot of sense. Just a feeling^^

I rarely downvote a comment, but when I do, it is always someone who spammed it.