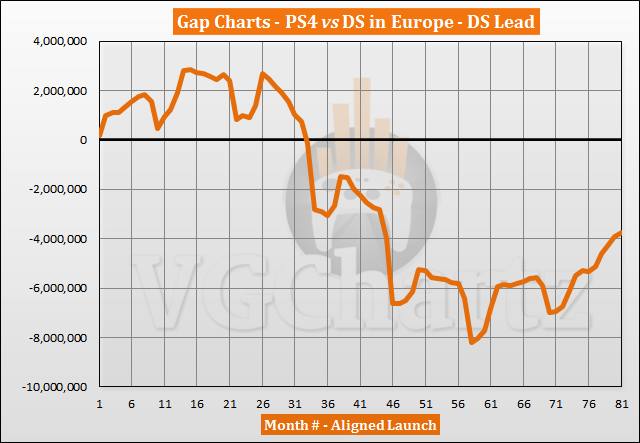 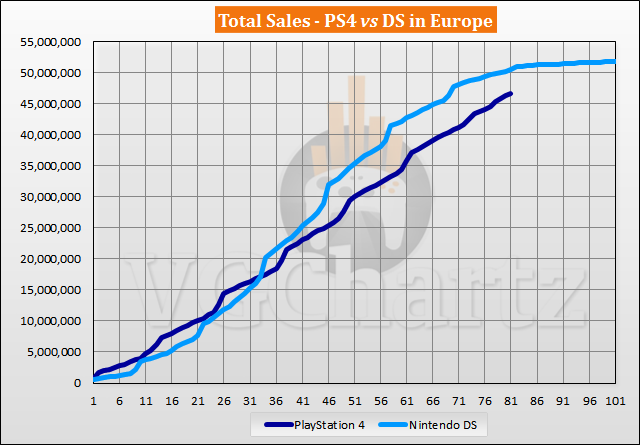 Won't pass it, slowed down far too much.
No price cuts for 4 years made the magic work.
I was sure it would surpass it two years ago.

PS4 really is a monster in Europe. I absolutely think it can pass DS sales here. Or at least it will be very very close.

Yep. A few months ago I was completely sure it would win this, but if they do phase out the PS4 quicker than previous consoles, then it's sudenly more up in the air. Can't sell 52 mil, if Sony doesn't ship 52 mil.