Animal Crossing: New Horizons (NS) has remained in first place on the French charts in week 33, 2020, according to SELL.

Mario Kart 8 Deluxe (NS) is up one spot to take second place and Ring Fit Adventure (NS) is up two spots to take third place. Ghost of Tsushima (PS4) has fallen from second to fourth place. Paper Mario: The Origami King (NS) drops from fourth to fifth place. 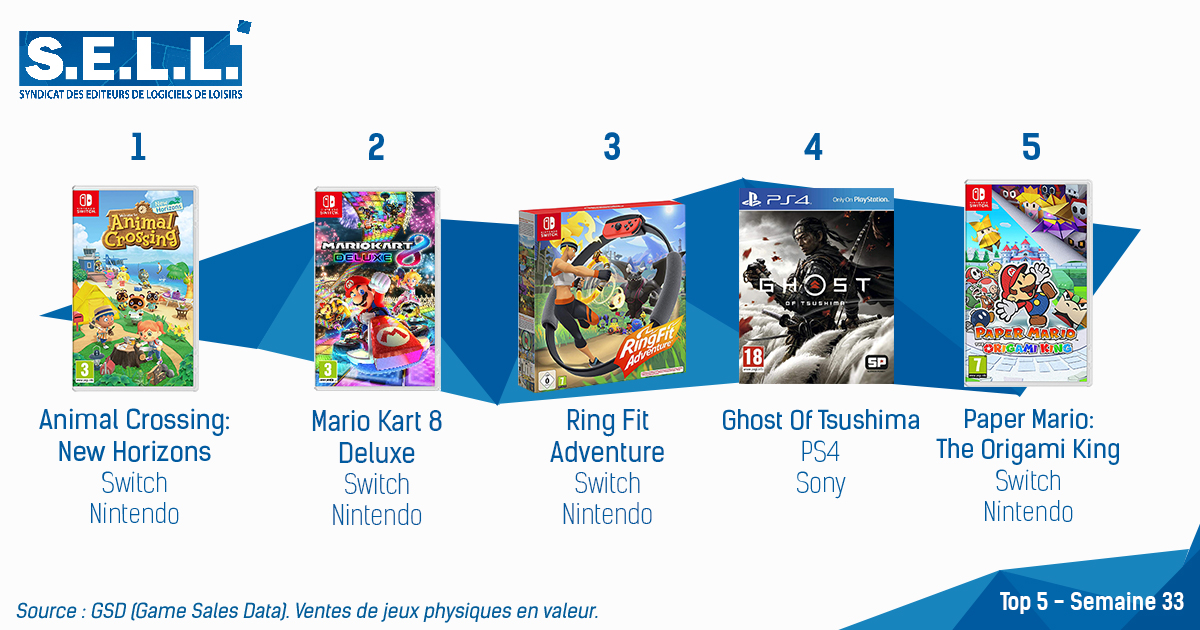 Is it just me or have there not been any german charts on the site for a while?
They still go up regularly at the source: https://www.game.de/marktdaten/top-20-pc-konsole-juli-2020-2/

Exactly. They report once a month so this is the latest.