Earlier this month publisher Square Enix and developers Crystal Dynamics and Eidos Montreal announced the PlayStation 4 and PlayStation 5 versions of Marvel’s Avengers will be getting exclusive free content early 2021 in the form of Spider-Man as a playable character.

The developers of Marvel’s Avengers in an interview with Wccftech have revealed the Spider-Man story arc will be self-contained.

"Without obviously giving any spoilers, the window where you will see our version of Spider-Man will fit into our story," said creative director Shaun Escayg.

"Again, I have to obviously dance around it because I can't speak to it. But just know that this is our Spider-Man, he will be in our story and will fit in that world, sort of in that gap what happened A-Day and between then and now, even the villains that support that will kind of speak to how he belongs in this world and how long he lives in this world." 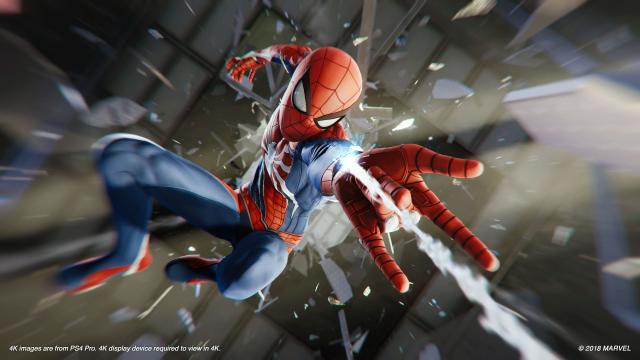 Combat director Vince Napoli added, "Spider-Man is in addition to the arc and progression of the main story as well. There was no swapping or anything else in that line. We've got our plan, we've got our heroes that are coming out and the stories and the challenges and the gameplay escalation that we've planned out. That's all continuing as planned. And then just on top of all that stuff, we've also got Spider-Man now and you know, he's weaving into that, that is the key.

"There is no swapping or changing anything to kind of accommodate that. He's got to fit within the massive plan and all of that stuff we've already got. It's like, Sony went 'Hey, can you add this on top of it, as a sort of a cherry on top of that?' But he doesn't affect or change that in any way. That plan is still moving forward as originally planned and conceived with all the original expansion stuff in mind."

When asked if Spider-Man will be a self-contained story arc in the game, Escayg said, "Absolutely, yeah."

Can't wait to play as Spiderman in this game next year on PS5. :)

Can't be much of a relevant or important story otherwise it would be available to all versions.

it looks lackluster despite adding spidey thats my opinion at least haha!

So Spiderman is basically relegated to being a side character. Yet another reason why it was dumb to make him exclusive.

"the PlayStation 4 and PlayStation 5 versions of Marvel's Avengers will be getting exclusive free content" So other versions are charging a premium for an incomplete product. All content should be available on all versions.

Defo wont be supporting this game on any platform.