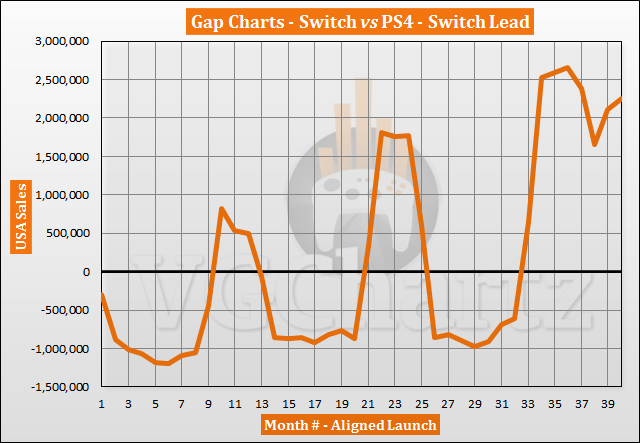 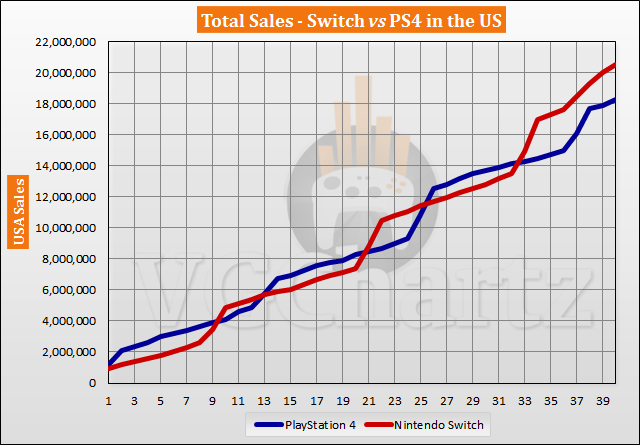 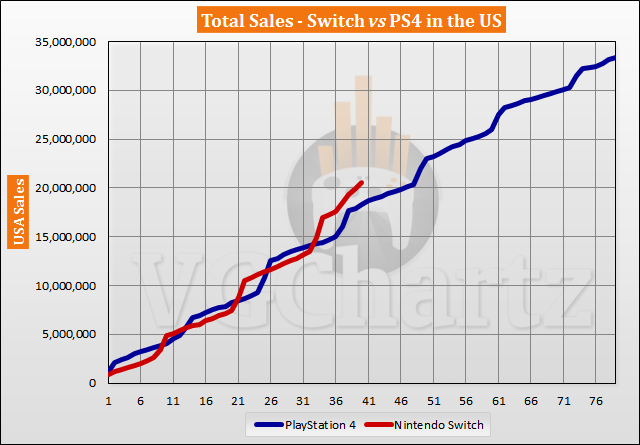 June 2020 is the 40th month that the Nintendo Switch has been available for. During the latest month, the gap in the US between the Nintendo Switch and PlayStation 4 grew in favor of the Switch when you align launches. The Switch sold 139,168 more units than the PS4 in the last month. In the last 12 months the Switch has grown its lead by 3.14 million units. The Switch currently leads by 2.25 million units.

The PS4 has been available for 80 months in the US and has sold 33.64 million units in the country. The Switch is currently 13.12 million units behind the lifetime sales of the PS4.

SHITTTT the Switch is killing the PS4 in the U.S. Switch definitely got the NA market in the bag over the PS4.

The Nintendo Switch will outsell the PS4 in USA

Once Switch hits the holidays it's going to have a huge lead over PS4.

The double helix is broken

This fall+holiday season will propulse the Switch and i don't think PS4 will catch up.

To be fair, the PS4 numbers are still impressive. The US market avoids the PS4 cuz of the strong Xbox brand. Xbox is still big in US compared to other territorys. The switch hase no such rival.

US Market does not "avoid" the PS4. Sony is very popular here, and the PS4 has been especially popular. The fact is that the US just supports all of the consoles very well, barring Nintendo in its off cycles.And the concept of Switch having no rival may make sense to Nintendo in marketspeak, but in the grand scheme of things Nintendo is a direct competitor to Sony and Microsoft. A console is a console is a console, regardless of manufacturer. But yes, PS4 numbers are very impressive, especially after their early bad run with the PS3. They have regained many lost customers from the Microsoft brand and that could well continue into the next cycle.

PS4 is in a solid lead in the US. Xbox may be more popular in the US than elsewhere, but it's certainly not dominant in any sense.