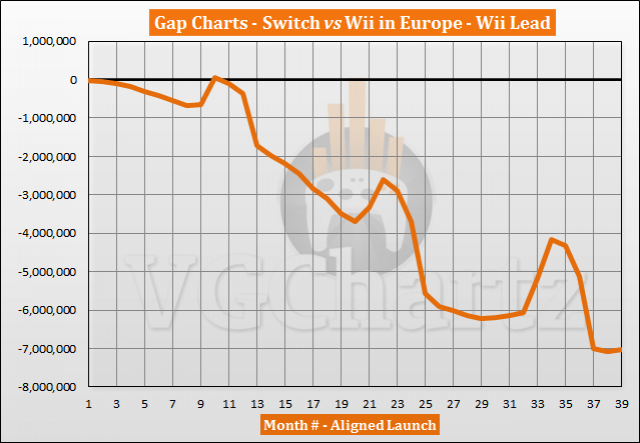 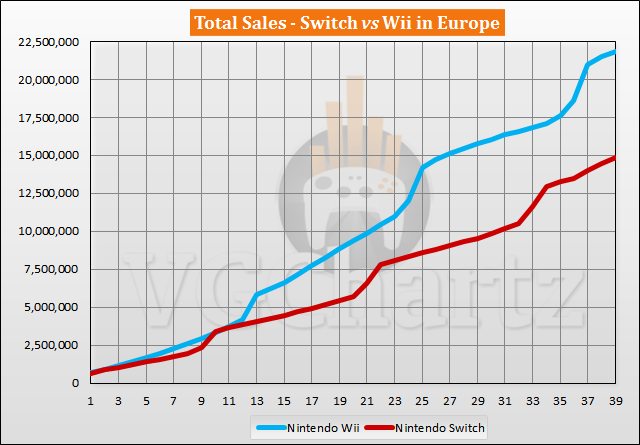 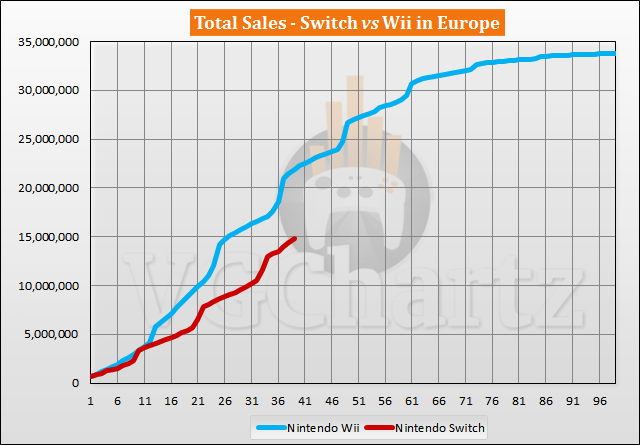 May 2020 is the 39th month that the Nintendo Switch has been available for. During the latest month, the Switch closed the gap by 62,702 units when you align the launches of the two consoles. In the last 12 months the Wii has outsold the Switch by 1.00 million units. The Wii is currently ahead of the Switch by 7.03 million units.

The 39th month for the Nintendo Switch is May 2020 and for the Wii it is February 2010. The Switch has sold 14.84 million units, while the Wii sold 21.87 million units during the same timeframe.

The Wii sold 33.88 million units worldwide during its lifetime. The Switch needs to sell another 19.04 million units to outsell the Wii.

Nice to have this. Probably gonna be tougher to win here than worldwide, but I think the Switch has a reasonable chance.

Even if Switch is 7 millions units behind, it will probably have a longer life. So, at the end, it can be higher

Switch will soon turn this trend around. Wii sales start crashing down after May, and then the Switch will start to slowly catch up on the Wii.

Switch can really improve in Europe. It is starting to do better but it will be hard to beat the Wii.
Btw I love the picture for this article.

Yea of course but idk if it will be enough to surpass the Wii in Europe. It is doing better recently compared to launch in some countries there tho like the UK. France is pretty Nintendo dominated yea.

Thank you for taking my suggestion! This is interesting to see how the Switch compares to the Wii in Europe.

Is it possible that the Switch could improve it's sales in Central/Eastern Europe as time goes on? I'm not sure cause idk how it's like over there, but if it could capture Eastern & Central Europe it has the possibility to beat the PS4s lifetime sales worldwide and beat the Wii in Europe. Nintendo just gotta continue marketing towards that region.

I think that's one of the reason Switch won't drop too fast. A price cut will have a big impact in Europe which could help it grow next year instead or declining while remaining stable in Japan and the US

If Nintendo increases it's shipments to Europe then it could do a lot better. The Switch has been hard to find since long before COVID hit. I wonder what's holding them back? Who knows. They'll probably just stay at this current approach.
Anyway it's cool to see this chart comparison.

That was Wii's last hoorah. If Switch doesn't crash in next 2 years, this gap will be only closing.