Xenoblade Chronicles: Definitive Edition Debuts in Fourth on the German Charts in May 2020 - Sales

Animal Crossing: New Horizons (NS) remained at the top of the Germany in May 2020, according to the German association for video games.

FIFA 20 climbed one spot to take second place, while Mario Kart 8 Deluxe (NS) is up two places to take third. Call of Duty: Modern Warfare is up one spot to fifth and Minecraft is up two spots to sixth.

Xenoblade Chronicles: Definitive Edition (NS) debuted in fourth place. The game did launch at the end of the month.

10 of the top 20 games are exclusive for the Nintendo Switch. There is one PlayStation 4 exclusive, while the rest are multiplatform titles. 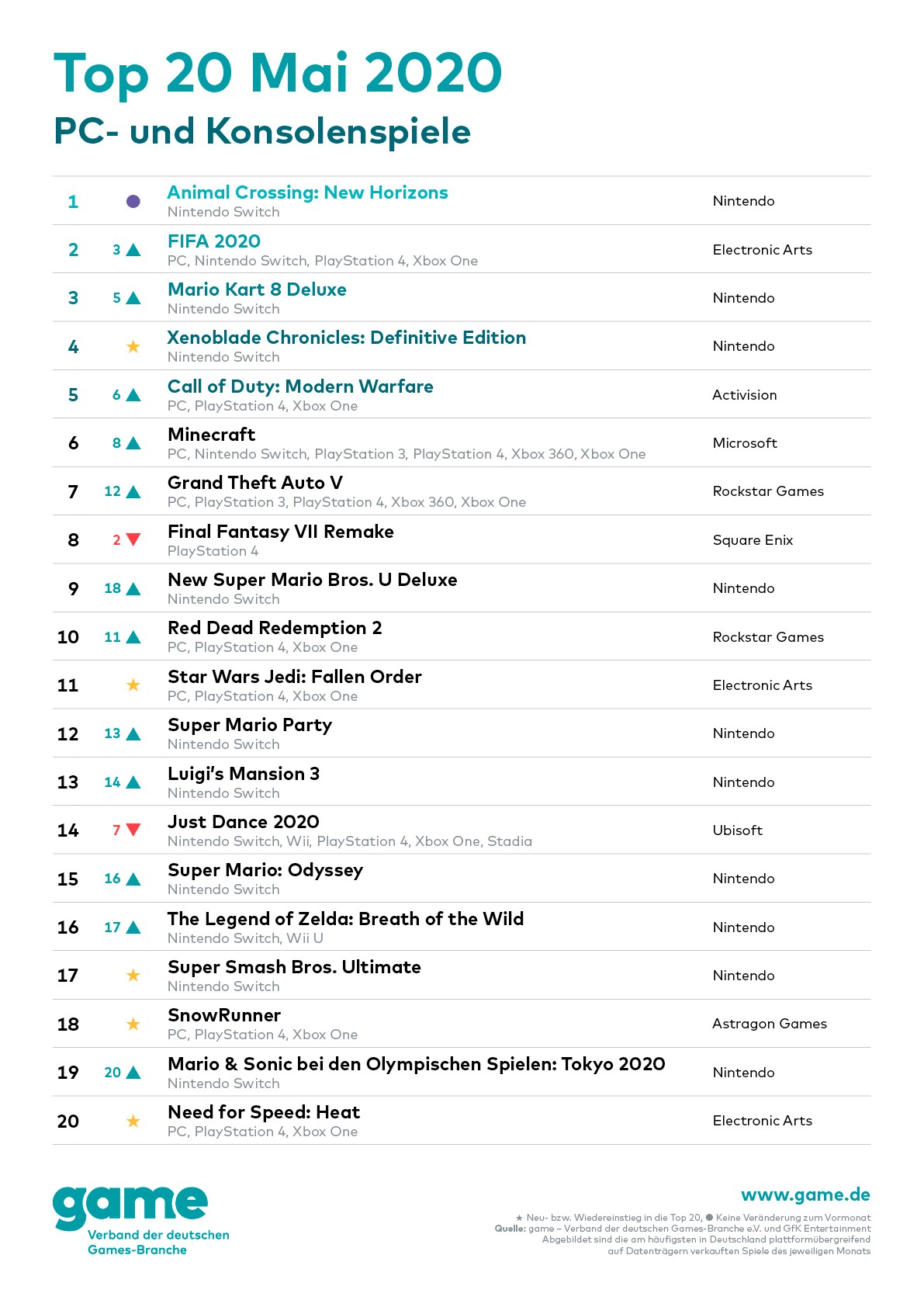