Resident Evil 3 Debuts in 2nd on the French Charts - Sales

Animal Crossing: New Horizons (NS) has remained in first place on the French charts in week 14, 2020, according to SELL.

Resident Evil 3 remake (PS4) debuted in second place. Persona 5 Royal Phantom Thieves Edition (PS4) is in third, while the Launch Edition of the game is in fourth. Mario Kart 8 Deluxe (NS) rounds out the top five. 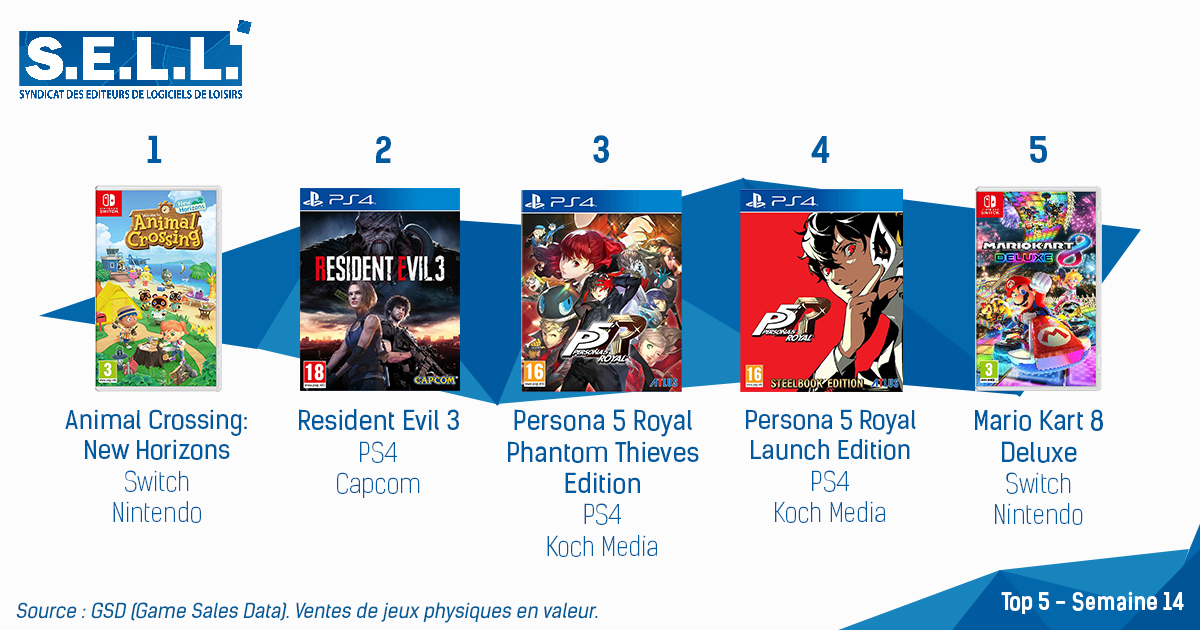 wow AC managed to stay at #1