Animal Crossing: New Horizons debuted in first on the EMEAA charts for week 12, 2020. Call of Duty: Modern Warfare was in second, followed by Grand Theft Auto V in third. 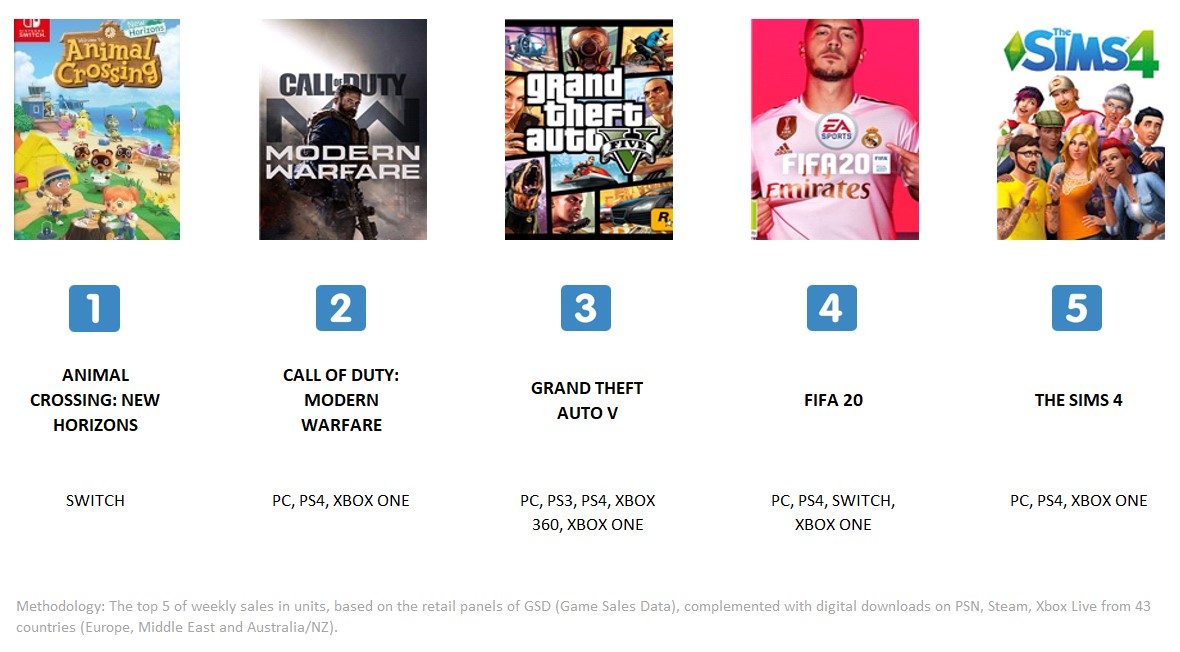 Does Bethesda not disclose digital sales or did Eternal really not crack the top 5? Seems crazy if it didn't.
I wonder how long AC can stay in the top 5 with physical only.

Makes sense then, thanks. Funny coincidence since they're behind the two biggest games at the moment. Seems like they're both doing extremely well though.