Mario Kart 8 Deluxe (NS) has remained in first on the French charts in week 8, 2020, according to SELL. Ring Fit Adventure is up two spots to second and Luigi's Mansion 3 is down to third place. The rest of the top five are also for the Nintendo Switch. 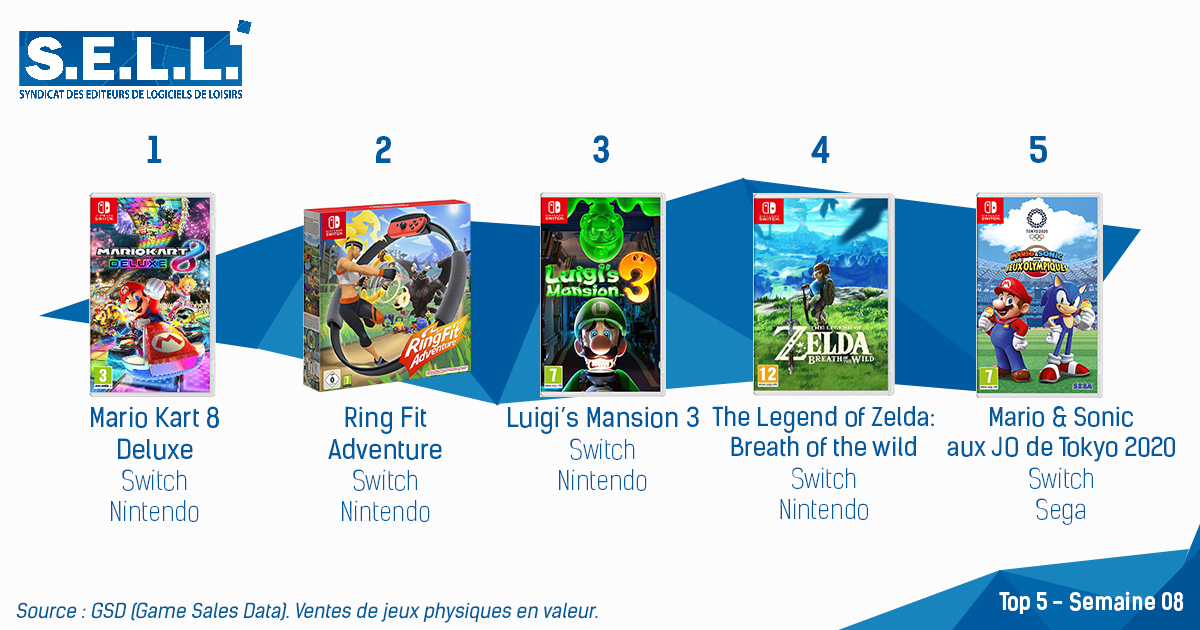 Pokemon sales must have been frontloaded and have poor legs because its currently selling less than a launch game and a game released a month after launch.

Based on the fact that Ultra Sun is listed on its own, sales are being split between the two versions. For all we know, sales would be better if they were combined. And, Mario Kart has always had insane legs. Worse legs than Mario Kart and BOTW doesn't necessarily mean poor legs.

I take back all of the bad things I ever said about the French.