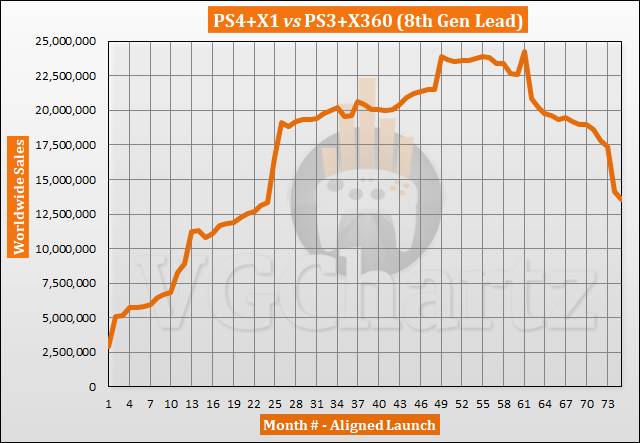 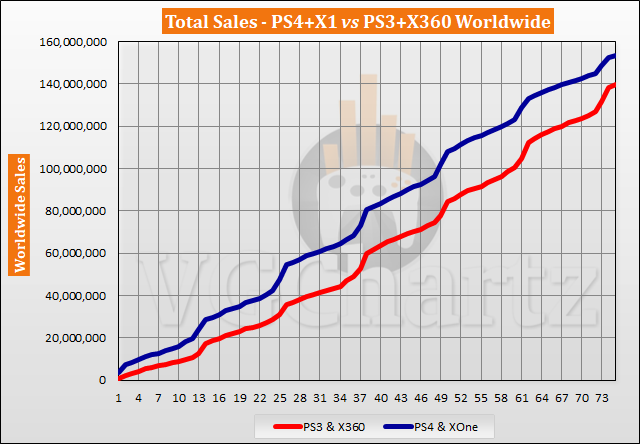 It depends on the legs of the PS4. It will likely add around 10 million this year depending on how many consoles FF7R and Last of Us 2 move, and if Sony drops the price or not. I'm guessing Xbox One will sell around 5 million more units before it is done.

I think PS4 can add 10 mil this year and around 10 mil until it's discontinued. If not Xbone will fill what's left.

I think gen 8 is going to stay ahead in the end in spite of the downward trend.