Mario Kart 8 Deluxe (NS) has remained on the top spot on the French charts in week 1, 2020, according to SELL. The Nintendo Switch accounted for three of the top five best-selling games on the chart. Luigi's Mansion 3 is in second, Pokemon Sword is in third, and Call of Duty: Modern Warfare (PS4) is in fourth and FIFA 20 (PS4) is in fifth. 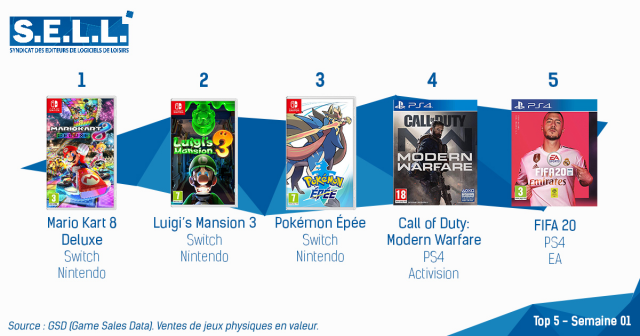 Wow. Can't wait to see the quarterly sales numbers from Nintendo. Luigi's Mansion seems to be selling very well. Perhaps its time has come as a major Ninty series.