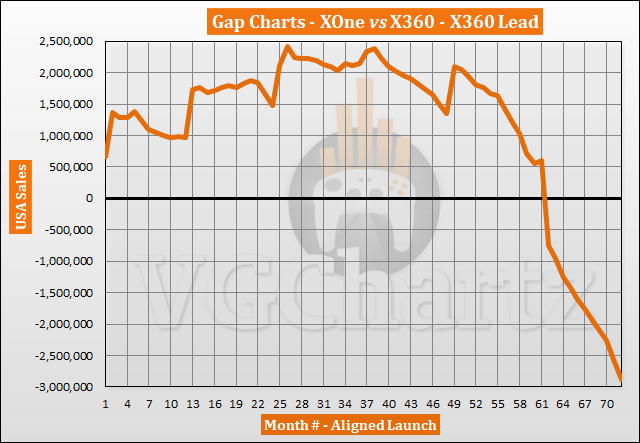 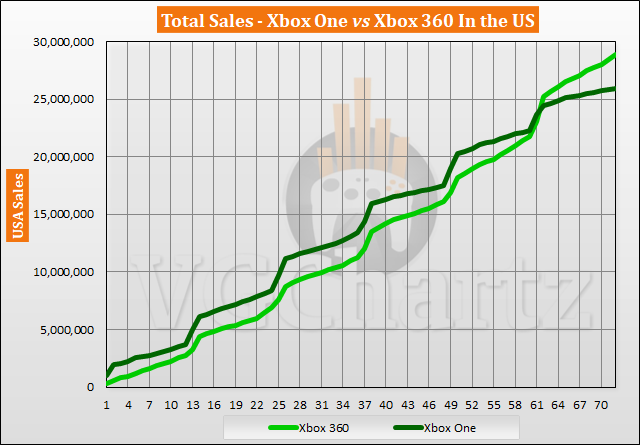 Note: Xbox 360 currently leads by 14.63 million units worldwide when you align the launches.

Oh, so that's what he was talking about. Right cliff, wrong system.

You think that's a cliff, wait until next month, since both consoles launched in November. And there will be many more cliffs too, since 360 eventually reached 49 million in the US, and at the rate that XBOne is going, it'll be lucky to reach 30. We could end up seeing a 20 million gap by the end. Most of that gap will appear over the next 24 months. That's not falling off a cliff, that's leaping into an abyss.

Maybe there won't be a month anymore which Xbox One wins...