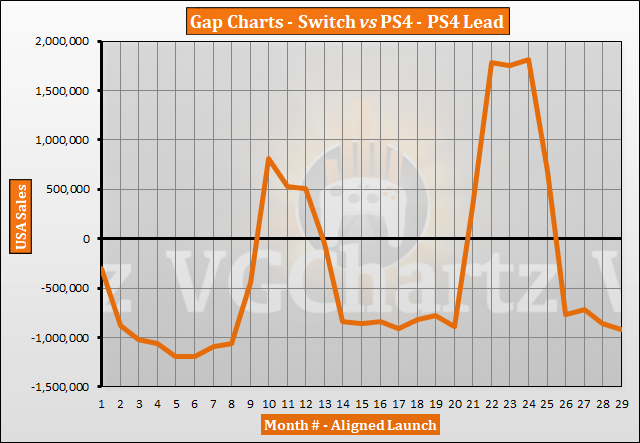 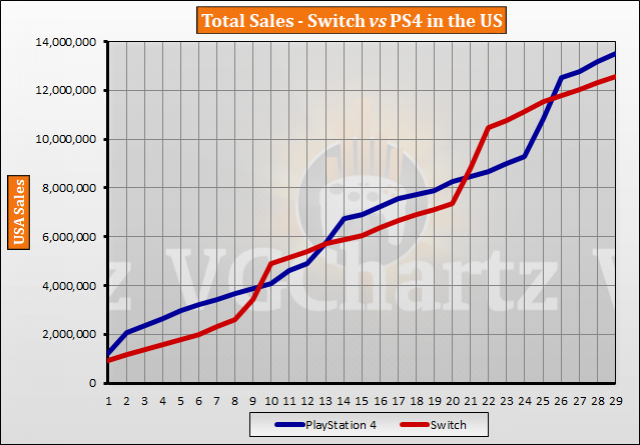 Switch will soon enter holiday season, and the PS4 may never catch up again in the US.

Still, it doesn't look like the Switch was already at it's Zenith and will most probably outsell last year. This should close the gap outside of holiday seasons at the very least, but will it last as long as the PS4 did? Nothing is sure for now. It's possible, but by far not certain.