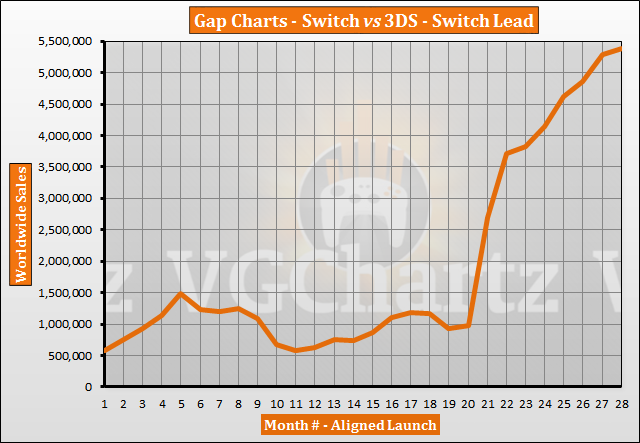 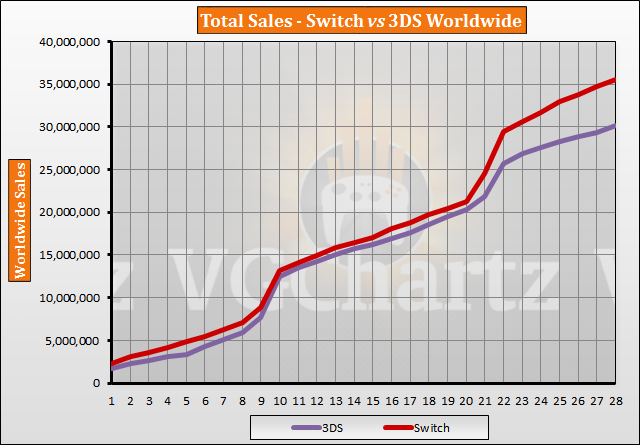 The 3DS launched in February 2011 (however, 3DS sales have been aligned to March 2011, since it only launched at the end of February in Japan), while the Nintendo Switch launched worldwide in March 2017. The Switch has sold 35.55 million units, while the 3DS sold 30.16 million units during the same timeframe.

The gap continues to grow, any notion that Switch will sell on par with 3DS is starting to look increasingly unlikely

Don't let it get to you when people complain about being called irrational by you.

At this point the 3ds already had a price cut and I think the XL was already out as well. This gap should get a lot wider soon